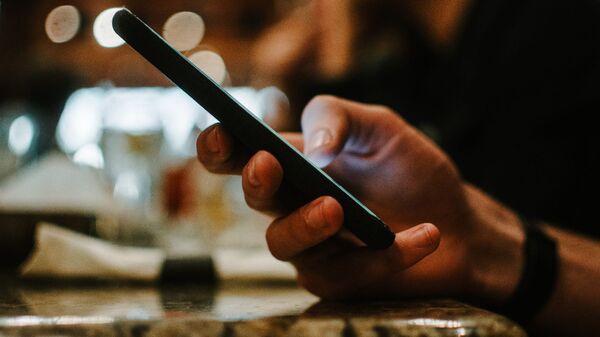 Radhika Parashar
All materialsWrite to the author
New Delhi (Sputnik): Following the intense face-off between India and China at the loosely demarcated Line of Actual Control (LAC) located in Ladakh, anti-China sentiment has reached a new high in India. From apps to products, Indians are spewing webs of social media movements and plans to boycott products made in China.

Gadget retailers in India, already struggling to cope with the lockdown-induced dwindling sales, have a new barricade to cross now - to carry on with the sales of Chinese smartphones and gadgets that are lying in their inventories. They have been answering “pro-nationalist” customers who have repeatedly been poking shop owners to stop selling Chinese products in their retail outlets.

"People are preaching the ban of Chinese phones like Oppo and Vivo. Did we go to China to bring these phones? No. The buyers must make sure to not buy Chinese stuff anymore, so we will stop dealing in them. We will obviously not fly to China and bring their products back to India right?" a seemingly angry smartphone vendor named Ashish Gakhar said in a video clip that has now started to make the rounds on social networking platforms.

​India, which is the second largest smartphone market in the world after China, is projected to witness a 13-15 percent sales decline as a side effect of slow production and ongoing tensions with Beijing. The financial losses are now laced with erupting anti-China sentiments in India, which makes doing business harder for vendors.

Another smartphone retailer, Vikas Singhal from Noida city, told Sputnik that all this hue and cry on social media revolving around banning Chinese products is nothing more than a charade.

“Last week, Chinese player OnePlus organised an online sale for its latest flagship device – and within 90 seconds, the devices were all sold out. That’s the speed at which Indians bought another Chinese product. All this #BoycottMadeinChina movement is just for show. Already we are incurring losses due to the lockdown, we are paying shop rents and staff fees, to add to it, this new anti-China movement has landed on our business. In reality, most buyers purchase devices from Oppo, Vivo, Xiaomi, RealMe, Motorola and OnePlus. There are no Indian homegrown tech brands to compete with them”, Singhal added.

The retailer also noted that a handful of people, who did try to refrain from buying Chinese phones, went ahead with the South Korean brand Samsung.

Analysing the current mood of the nation, Thomas George, the president of the India-based market analysis firm CyberMedia Research (CMR), told Sputnik that until India creates a strong independent ecosystem for all industries, including tech, social movements for banning or boycotting products from other nations will keep getting reduced to a mere sentiment.

“Yes, it is a really hot topic fuelled by very strong sentiments. But the truth is boycotting products from China cannot happen overnight. Over the next 20-25 days what discussions between India and China happen, based on that, we will be able to predict the next scenario", he said.

"The ecosystem of industries in India has to improve as a whole and we must not forget that Chinese companies manufacturing and operating in India have provided employment to thousands of our professionals and labourers. Using or not using Chinese products could be a personal choice. But as of now, it’s too early to estimate the conclusive results of these ‘Boycott Made in China’-like social media movements", George added.

But can India ban Chinese goods altogether? George said the answer is - “not really”.

Both India and China are signatories to the rules laid out by the World Trade Organisation (WTO), which does not permit its members to ban each other in terms of trade.

However, if there has to be a boycott, it can only be a social one, where people can discourage consumers from buying goods from another country via social media, for instance – exactly what Indians have been doing for the past weeks with the #BoycottMadeinChina movement.

Netizens aware of India and China's involvements in the WTO are also noting this on Twitter.

I don't blame him as I can't expect that a common man must know that under WTO policy, one country can't ban products from other country.

​The movement, joined by several celebrities, coincides with Prime Minister Narendra Modi’s recent call for “going vocal for local”. Under the movement, many Indians are feeling driven to uninstall Chinese apps, including Xender, TikTok, and Vivo Video, among others, from their smart devices. In light of the "espionage" concerns, a list of 52 apps has been released for uninstalling.

The Indian Ministry of Commerce and Industry is to raise duties to curb non-essential imports from China and restrict and prohibit certain imports, including milk, milk products, and tyres. Customs duties have also been increased on 89 items to curb imports such as footwear, toys, furniture, and pressure vessels.

India also froze three investment projects worth $667 million made by Chinese companies in the Indian state of Maharashtra that are put on hold at the behest of the country's Ministry of External Affairs.

The public sentiment towards China dramatically shifted in India following a violent face-off between the armies of the two nations at the Line of Actual Control (LAC) in the Galwan Valley in the Ladakh region. The clashes resulted in the death of 20 Indian soldiers, while the number of casualties on the Chinese side remains unknown.