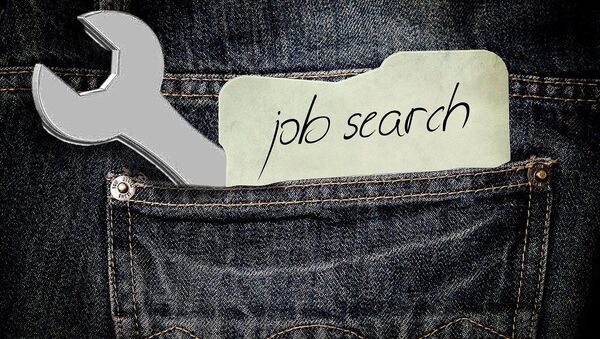 CC0 / /
Subscribe
UK-based corporations have gone on a job-slashing spree in recent weeks as part of action to cut costs after revenues slumped across various industries due to lockdowns.

The COVID-19 pandemic has caused a significant economic downturn in the United Kingdom, and the nation is on a trajectory towards the worst recession in 300 years.

And while the government is scrambling to reopen the economy, corporations and small businesses alike are moving to cut jobs as they try to stay afloat.

More than half of the UK's 33-million-strong workforce are either temporarily laid off, unemployed, or working shorter hours, according to the Bank of England's chief economist, with unemployment claims jumping 69 percent in April to 2.1 million.

Check out who has made the UK's biggest job cuts during the pandemic.

The UK's largest international airline wants to slash up to 12,000 of its 42,000 jobs, including around 1,000 pilots, because of the collapse of air travel. The airline said last week that it won't backtrack on the plans even despite the government’s extension of the job subsidy scheme until October.

British Airways furloughed nearly 22,600 staff in April through the scheme, and its decision to press ahead with the cutbacks was met with anger in Parliament.

Transport Committee chairman Huw Merriman said: “On the one hand, BA are happy to take taxpayers’ money from the furlough scheme which was designed to help companies avoid redundancies. Yet on the other, BA is ploughing ahead with a cull of their workforce and a lowering of terms and conditions. This is not what people would expect from our national flag carrier."

The aero engine manufacturer is preparing to cut 17 percent of  its workforce, or 9,000 of 52,000 jobs, as it expects a protracted return to pre-pandemic levels of demand for jet engines, maintenance and other services.

The Derby-based company said the layoffs would primarily affect its civil aerospace business, which makes makes engines for Boeing and Airbus aircraft, whereas workers in its defence business (fighter jets, helicopters and submarines) won't be affected at all.

The Bristol-based company is set to make 2,500 of its staff redundant and close offices in central Glasgow, Selkirk and Reading.

Ovo, which became the UK's second-biggest energy supplier this year after buying SSE's retail division for £500 million, said the job cuts will affect customer support staff and workers who work at customers' homes: gas engineers, electricians, and meter readers. The majority of job losses, or around 2,000, will be at SSE. In early April, 3,400 of Ovo workers were placed on furlough.

The department store chain has put around 6 percent of its 22,000-strong workforce at risk this month.
All of its 142 stores in the UK are currently closed because of the lockdown, and the workers are currently on the government-subsidised furlough scheme.

However, it appears that five stores that employ around 1,400 people will have to be shut down completely because the group failed to agree rent terms with the mall operator Hammerson.

The Dover-based ferry operator is going to let go of 1,100 workers. After pleading for a £150-million government bailout in April, the firm is planning to cut staff on the routes between Dover and Calais, as well as Hull to Rotterdam and Zeebrugge.