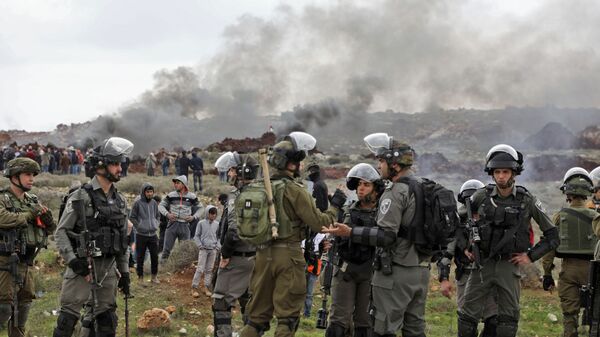 © AFP 2022 / ABBAS MOMANI
Subscribe
Although reports suggest that Iran has started to evacuate its supposed military bases from Syria, an Israeli military expert says it is too early to celebrate.

US Secretary of State Mike Pompeo is set to arrive in Israel on Tuesday, Israeli media reported. On the agenda is Iran's activity along the Israel-Syria border.

In recent days, Israeli media outlets have circulated reports suggesting that Iran was wrapping up its alleged military presence in the area, evacuating several purported bases and shrinking the amount of personnel there, allegedly due to the severe economic crisis caused by US sanctions and the raging coronavirus as well as Tehran's inability to maintain its activity after the assassination of Qasem Soleimani, one of the Islamic Republic's top commanders killed by a US airstrike in early January.

While the Israeli press celebrated, there were some who expressed reservations. Avi Dichter, Israel's deputy minister of defence, was one of them. Commenting on the reports, he was quoted as saying that the Islamic Republic "was not in a rush" to ease its grip over the area and Dr Eado Hecht, a military expert from the Begin-Sadat Centre for Strategic Studies agreed with Dichter's claims. "The Iranians will not easily give up on their goals in the area... the first of which is achieving a united Shiite front under their leadership". 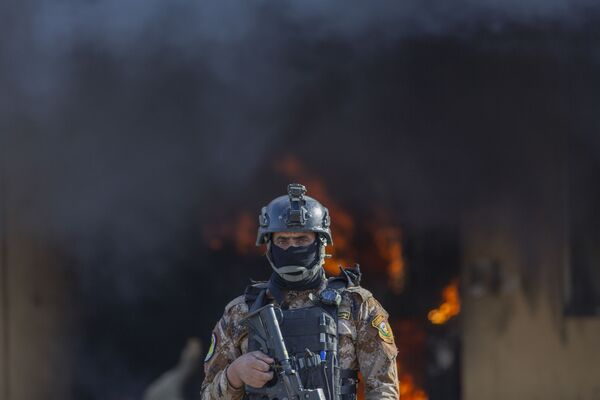 The axis, believes the expert, is meant to connect states containing large Shiite populations establishing a corridor that would stretch from neighbouring Iraq and up to countries on the Mediterranean such as Lebanon and Syria whose Alawite leadership is associated with Shia Islam.

Activity in that direction started soon after the end of the Islamic Revolution in Iran in 1979, when Tehran was allegedly working towards the destabilisation of Iraq, prompting the country's then-leader Saddam Hussein to take preemptive measures and attack those, whom he regarded as a threat to his rule.

After Saddam was toppled and US forces established their presence in the war-torn country, Iranians used the momentum, increasing their activity in Iraq and empowering several militia groups in the state-endorsed Popular Mobilisation Units, something that gave the Islamic Republic depth and leverage within Iraqi society and institutions.

The ouster of Saddam Hussein has also bolstered their activity in Lebanon, where Iran's Shiite militia Hezbollah has managed to accumulate an impressive arsenal of arms, allegedly supplied by Iran through Iraq.

On the Syrian front, their activity has been bogged down due to the reluctance of the country's ruling elite to let allow them to interfere in the nation's political arena, but that obstacle was removed in 2011 with the eruption of the Arab Spring that threatened the old order in the country.

"The Syrian civil war gave the Iranians an opportunity to connect their actions in Iraq with what they do in Lebanon. President Assad needed Iranian funding and its military support so in return he had to allow them to operate in Syria", explained Hecht.

And they did. According to Israeli media reports, in 2018 Iran had ten bases in the war-stricken country. In addition, the Islamic Republic has also allegedly been training some 20,000 Syrian fighters whose aim was to make sure Assad's fortress remained intact.

For Israel, however, the purported military presence of a country that has long been calling to annihilate the Jewish state was considered a red line.

Over the years, many reports claimed that Israel has stepped up its attacks on Syria, targeting supposed Iranian military bases, weapons depots, and other strategic targets.

However, Hecht says Israel's attacks were incapable of stopping Iran. They were only meant to delay the attempts to cement their presence in the area, a delay that gives the Jewish state time to better prepare, believes Hecht. 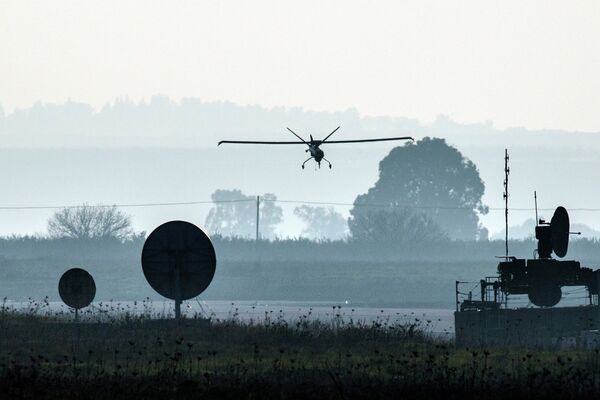 A picture shows an Israeli army UAV landing in an airfield, in the Israeli-annexed Golan Heights
© AFP 2022 / JACK GUEZ

"Israel's security doctrine is based on the understanding that we can never fully defeat or destroy any of our enemies, only hurt them temporarily to deter them for a while from attacking us. This is true for enemies much weaker than the Islamic Republic, so it is certainly true for Iran".

This time too, Israel knows, says Hecht, that it will not be able to stop Iran's actions on its border.

"Iranians are patient and are playing the long-term game. If they are moving their troops out, then it is probably for the sake of saving money, as American sanctions are hurting them, or for the sake of hiding their weapons. But in any case, if they are pulling out of Syria, it is only temporary", he summed up.