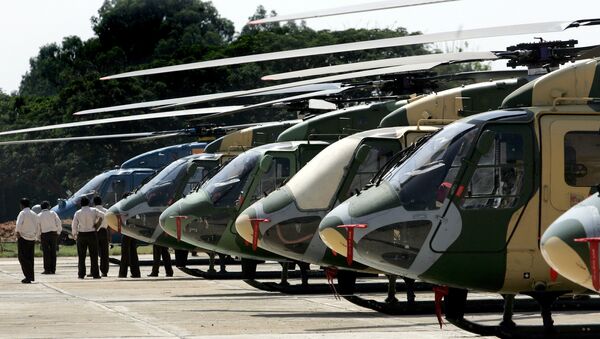 New Delhi (Sputnik): India obtained the extradition of a British arms dealer alleged to have pushed a €556-million contract for 12 luxury helicopters built by Italian company Augusta Westland. The chopper deal was cancelled in 2014 in the wake of bribery charges involving Congress functionaries.

India’s Supreme Court on Wednesday dismissed the bail plea of British arms dealer Christian Michel, who has been in a Delhi jail since his extradition from Dubai in 2018. Michel was extradited from Dubai and taken into custody for his alleged role as middleman in the purchase of luxury helicopters for the Indian president, prime minister and other top figures.

Michel first made a plea to the nation's Supreme Court and then to the High Court of Delhi for bail after the outbreak of the COVID-19 pandemic. The 59-year-old British national claimed he was at a vulnerable age and had become infected in the overcrowded Tihar jail in the nation's capital. The Delhi High Court, however, dismissed his plea on the grounds that he was lodged in a separate cell and not in a dormitory with other prisoners.

The contract for the helicopters, given to Italian company Augusta Westland by a previous government headed by Dr. Manmohan Singh, was scrapped in 2014, after then-opposition parties revealed bribes involved in the contract, alleging the involvement of then-ruling Congress party functionaries of corruption.

The British arms dealer's plea came after several state governments in India released prisoners serving minor charges on bail in a bid to reduce overcrowding in jails on the basis of guidelines issued by the federal Health Ministry after the pandemic outbreak.

Since the viral infection was first detected in the country on 30 January, it has spiraled to at least 20,000 as on Wednesday, with 640 people said to have died. Delhis suggests that 3,870 have been treated and discharged from hospitals.