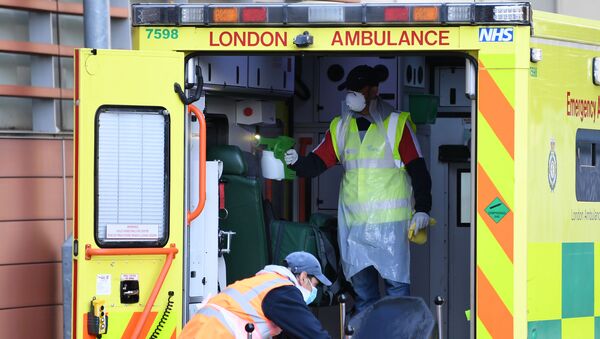 The British Government is coming under increasing pressure to publish a coronavirus exit strategy after the UK’s lockdown was extended by a further three weeks last Thursday.

Other countries throughout Europe such as Germany and Denmark are now beginning to tentatively reopen businesses and schools, amid signs that their coronavirus infection rates are slowing.

Many within Westminster; such as Chancellor Michael Gove, have however rebuked speculation that similar measures could soon be implemented in Britain.

Sir Ian Boyd, Professor of Biology at the University of St Andrews, reflects on when it will be safe for the UK’s coronavirus lockdown to be lifted.

Sputnik: When should the British Government publish its exit strategy? What will it likely entail?

Sir Ian Boyd: I think the UK’s Government will probably publish an exit strategy pretty soon. The chances are that it will be quite close to the WHO draft guidance, which sets out a framework for countries to follow in developing an ongoing management strategy for the disease. That’s also assuming that we don’t come across some sort of miracle cure much more quickly, but I think the chances of that are extremely small.

Sputnik: What are the risks posed by ending the coronavirus lockdown too early?

Sir Ian Boyd: There are a lot of risks associated with being cavalier about ending the lockdown, and the whole point of the lockdown is to reduce the replication rate of the virus, below this magic number of one equals one.

In the normal scheme of things, the replication rate would be about three, so that would mean that around three people are infected for every person who has the virus, and getting it down below one means that it is getting under control.

Keeping it below one is the real secret to this, and we need to make sure that it is properly managed in the future so that it stays below one, it is absolutely vital.

Sputnik: What measures could Westminster have enacted in order to prevent the outbreak of the Coronavirus in the UK from being so severe?

Sir Ian Boyd: I actually think that it would have made relatively little difference if it was enacted very early; it might have made a difference, but no country in the world was really thinking in those sorts of ways at an early enough stage. I think the lockdown happened actually quicker than many people probably expected, and it’s been much more effective than many people perhaps expected, because people have been extremely compliant with it, which has made a fantastic difference, and my view is that it is now getting under control.