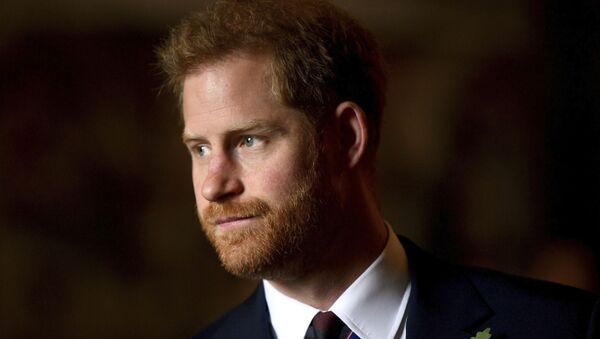 Harry announced earlier this year that he would be stepping back from life in the Royal Family to pursue a family with his wife, Meghan Markle. The couple recently moved to Los Angeles with their son, Archie, where they reside in a multimillion dollar mansion.

Prince Harry has sparked outrage by claiming that the UK’s COVID-19 crisis is not actually as bad as the public are being told by “the media.”

The 35-year-old prince made his comments during an interview on the Declassified podcast, where he said that the situation in the UK is “better than we are led to believe through certain corners of the media.”

Harry’s comments come during the same week that the UK’s death toll from COVID-19 exceeded the 15,000 mark, making it the country with the fifth largest body count from the disease. That number of fatalities however only includes those who have died in hospital from the virus, therefore it is expected that the death toll is much higher.

The crisis has also been exacerbated by a delay in a shipment of desperately needed personal protective equipment (PPE) for frontline medical staff.

“I think things are better than we’re led to believe through certain corners of the media. It can be very worrying when you’re sitting there and the only information you are getting is from certain news channels, but then if you are out and about or you are on the right platforms, you can really sense this human spirit coming to the forefront,” Harry said.

A doctor and former Downing Street advisor has lashed out at Harry’s remarks, describing them as “outrageous.”

“What are his qualifications for making these comments - other than deserting his country in its hour of need?” Professor Karol Sikora told The Sun.

“As for the media, I really don’t understand what Harry’s beef is. Journalists have been reporting the facts and have been doing great work in holding the Government to account. The media has also championed the NHS and became a key ally of doctors, nurses and key workers. They should be applauded not vilified,” he added.

Many Brits in the Twittersphere also appear to be frustrated by Harry's comments.

Turned his back to UK anyway.

Tell that to the families of the near 15000 dead

don't be so harsh on him, he said it coz his wife told him to do so

His bro thinks the same too... He reckons the virus is a bit of a hype job. Where is the our cry or "row" as you put it daily mail UK?https://t.co/Y93go6ZtQb