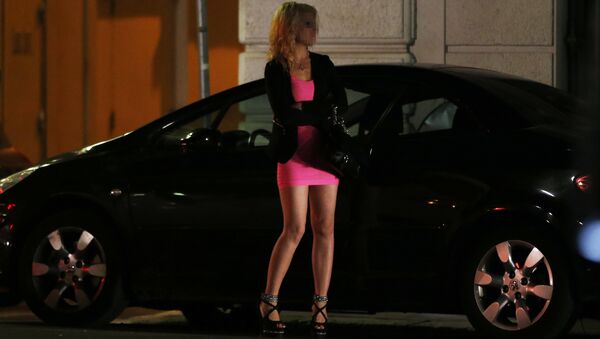 UK sex workers continue to work amid the coronavirus lockdown potentially exposing themselves and others to the disease, say local charities and sex worker organisations, adding that prostitutes are forced to do so because they are in dire straits. Niki Adams from the English Collective of Prostitutes said authorities need to introduce emergency cash payments, noting that some sex workers have nothing to eat.

"We are facing a massive crisis. No one wants to be flouting the rules and putting themselves and others in danger, but those who are still working literally have no other choice", said Niki Adams.

On escort websites there are hundreds of women across the United Kingdom, who say the are available in the coming days. Some 150 of them are in London. Adams notes that many of these sex workers are using the website in the hope that they can persuade clients to have cam or phone sex. Others, Adams says, have no choice but to continue working as they have no income or savings.

Sasha (not her real name) is a mother of two. Before the coronavirus outbreak she worked in a parlour three days a week earning between 50 and 90 dollars a day. Recently she has applied for universal credit, but says when it arrives it will not cover her rent.

"As the bills come in I stack them up on a shelf and try to forget about them. I spend my whole day anxious. There is no let up. I have the worry of the children, the worry of my mother who is old and on her own, the worry of my sister who has mental problems. I feel like I am living by a thread – I am exhausted and scared for our future", she told The Guardian.

A spokesperson for Beyond the Streets, a charity organisation helping sex workers, said some women they work with couldn’t even apply for universal credit as they had no access to the internet and sold their phones to buy food.

"If someone is turning up at a woman’s door, they are making that choice. The women are putting themselves at more risk through potentially seeing more people – but many have no other choice. No one is forcing anyone to go out and buy sex", she said.

000000
Popular comments
Corona is the New ISIS! Made in USA. How do you like it? Until last year ISIS was constrained to the Middle-East making Syrian, Iraqi, Irani lives miserable, but now the US Deep State sent ISIS to You, they converted ISIS into Corona! In your neighborhood now. How does it taste? This New Gift From USA?