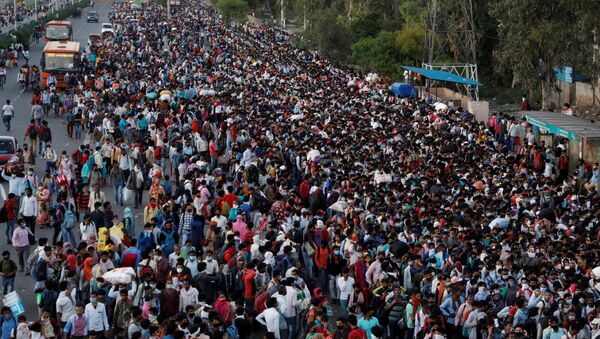 Drawing a parallel with the Shakespearian tragedy, Congress lawmaker Abhishek Manu Singhvi said the prime minister’s speech without specific guidelines is like Hamlet without the prince of Denmark.

Hamlet, a tragedy written by William Shakespeare around 1599, is a story about the revenge of Prince Hamlet against his uncle Claudius, who killed his father to usurp the throne and marry his mother.

"PM's address rhetoric, hollow on specifics. No financial package. Neither for poor nor middle class. We want concrete palliatives for deprived classes and even for middle class and micro small and medium enterprises", Singhvi stated.

Another Congress parliamentarian and former Finance Minister P. Chidambaram also said that the poor have been left to fend for themselves.

PM Modi in his address to the nation on Tuesday said that detailed guidelines on benefits for daily wage earners will be released on Wednesday, 15 April.

"The Detailed lockdown guidelines will be issued on April 15. Mitigating problems of the daily wage earners is the highest priority of the government. Interests of the daily labourers would be taken care of in the guidelines", Modi said in his address to the nation on Tuesday.

Welcoming the lockdown and its extension, former Finance Minister Chidambaram rued the fact that the poor and the marginalised sections of society have been left to take care of themselves.

The poor have been left to fend for themselves for 21+19 days, including practically soliciting food. There is money, there is food, but the government will not release either money or food.

In yet another tweet, Chidambaram termed the government's $22.36 billion relief package for the poor, announced on 26 March by Indian Finance Minister Nirmala Sitharaman, as "miserly".

CMs’ demand for money elicited no response. Not a rupee has been added to the miserly package of March 25, 2020

From Raghuram Rajan to Jean Dreze, from Prabhat Patnaik to Abhijit Banerji, their advice has fallen on deaf years.

​Indian Finance Minister Nirmala Sitharaman on 26 March announced a $22.36 billion relief package for the poor and daily wagers who have lost their livelihoods in the COVID-19 lockdown, which began on 25 March.

“We have responded and reached out to the poorest of the poor. Package will ensure food and money for the poor people affected by lockdown”, Sitharaman said while announcing the relief package.

In the relief package, the government announced providing five kilograms of either rice or wheat per person for three months. The federal minister also announced $66,000 insurance coverage to "frontline warriors" against COVID-19 like nurses, paramedics, and sanitation workers.