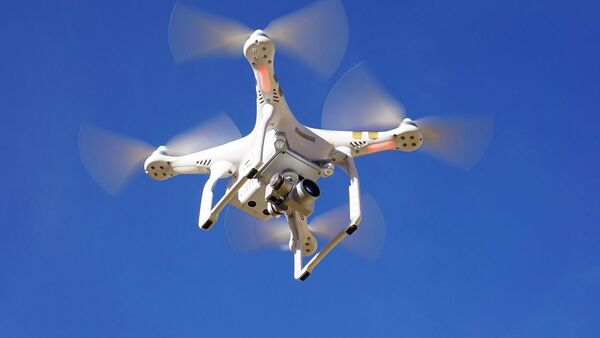 The UK’s use of such technology comes on the heels of other countries employing similar methods to keep people inside their homes, including Tunisia, Spain, Italy and China.

UK police have deployed talking drones that are being used to tell people breaching Coronavirus lockdown measures to return home.

As the Easter holiday gets underway, UK authorities expect to see a surge in the number of people breaking the UK’s strict Coronavirus lockdown, which calls for people to stay at home unless they have a good reason go outside, such as for “essential” food shopping. Because of such concerns, police forces across the UK have increased their patrols of parks and beaches as the warm and sunny weather over Easter is likely to encourage people to break the lockdown.

However, police forces in the counties of Surrey and Sussex are reportedly mimicking a tactic used by China and Italy that involved using talking drones to tell people that they are violating government guidelines on staying at home during the virus pandemic.

The so-called ‘Sky Talk’ drone was sent by Surrey Police on Friday, April 10, to Walton-on-Thames were a group of approximately 30 people had gathered in breach of social distancing rules.

The drone broadcasts a pre-recorded message to those below which says, “Attention, this is a police message. You are gathering in breach of government guidelines to stay home in response to Coronavirus. You are putting lives at risk. Please disperse immediately and return home.”

Surrey Police said the drone would be used to direct groups of people congregating in outdoor spaces to leave “without physically putting officers at additional risk by approaching them.”

“The use of a drone has been used by Surrey Police and Sussex Police since the introduction of the new [social distancing] legislation,” a spokesperson has been widely quoted as saying. “The use of the drone makes it quicker to access groups of people while encouraging them to do the right thing.”

The use of drones by the Surrey and Sussex Police forces comes amidst concerns by some that the UK authorities are overstepping the legal boundary when it comes to enforcing the lockdown measures.

For example, Derbyshire Police was criticised for taking drone footage of people walking their dogs and exercising in the Peak District last month.

The government has said that one of the exceptions that allows people to go outside is buying “essential” food. Yet, members of the public complain that the definition of “essential” has not been made clear. Recently, Cambridgeshire Police came under fire after one of their officers Tweeted that he had patrolled the “non-essential aisles” at a local supermarket.

Moreover, a report by the Joint Committee on Human Rights argued that some UK police forces may be unfairly punishing members of the public “without any legal basis” and that some officers were “taking a more proactive approach than is necessary and perhaps even lawful.”

In one case that aroused controversy, a women was fined £660 under the Coronavirus Act 2020 when she was stopped by police officers at Newcastle railway station for “loitering.” After refusing to tell officers why she was at the station, she was charged for leaving home without a reasonable excuse. Afterwards however, the woman’s case was overturned when judges decided that the police had misused the Coronavirus legislation.

In another incident, a video went viral on Twitter which showed a policewoman in South Yorkshire telling a family that they could not sit in their own front garden. In the video, the officer can be heard saying that, “the virus does not stop on your front garden.” Later however, the South Yorkshire Police issued an apology to the family. Current government guidelines do allow people to be in their own gardens during the lockdown, but social distancing must be practiced in all public areas.

Police officer Tells Children Not To Play In Their Front Garden