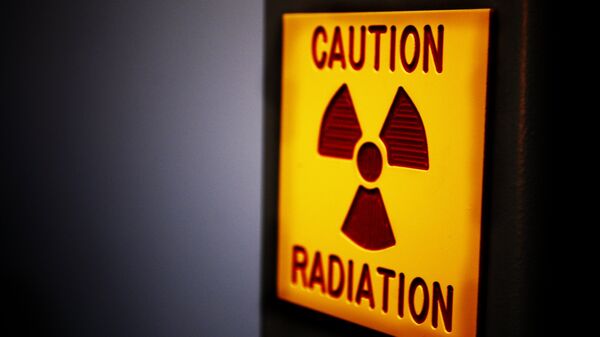 CC BY 2.0 / Benjamin Deutsch / X-ray
Subscribe
International
India
Africa
Instead of hiring additional staff to inspect and maintain the nation’s nuclear power plants as more workers catch the COVID-19 novel coronavirus, the US Nuclear Regulatory Commission (NRC) and the plants it supervises are pushing healthy workers harder than ever, or just dropping necessary inspections altogether, a watchdog told Sputnik.

Kevin Kamps, the Radioactive Waste Watchdog at the organization Beyond Nuclear, joined Radio Sputnik’s Loud & Clear Wednesday to discuss how the NRC is approving exemptions and waivers for nuclear safety regulations, using the COVID-19 pandemic as an excuse.

“And another aspect of this is the workforce itself at the nuclear plants. There is more and more documentation of coronavirus spread at nuclear power plants, and it appears to be related to these refueling outages which are happening at many of the atomic reactors, which happens often in the spring or in the fall because electricity demand is usually down that time of year,” Kamps explained. “Incredibly enough, something like 1,000 ot 1,500 workers will come in and do all these repairs and replacements and inspections [during refueling outages].”

“So they’re refueling without doing the safety-related stuff so they can keep operating, and they’re trying to allow for less and less people to do that work, because more and more people are getting sick or having to self-isolate. So, the way they do it is, longer work hours are allowed: instead of at most 72-hour workweeks, they’re going up to 86-hour workweeks, and instead of at most 12-hour workdays, they are going up to 16-hour workdays. So the question is, with workers ever more fatigued and a lower number of workers amidst the pressure of this pandemic, what kind of mistakes are going to get made? What kind of problems are going to get missed? What’s that mean for the safety of these atomic reactors?” Kamps asked.

According to Kamps, safety is necessary in every aspect of running a nuclear plant, and forcing smaller workforces to put in longer hours is irresponsible and could lead to nuclear disasters.

“Really at every aspect of a nuclear plant, whether it’s the control room operators who are very safety-critical or even the folks doing the repairs and replacements, people are going to get worn out, the quality of their work is going to go down. They’re going to make mistakes, and the question is: How can NRC justify any of this without even doing the cost-benefit analyses?” Kamps said.

“I don’t think they’re doing them. I think they’re just rubber stamping every request industry has, even preemptively. At the very same time, it appears that companies like Exelon Nuclear, the biggest nuclear utility in the country, are not taking the situation seriously or they have other motivations in mind, like their profit margins and their electricity production,” he added.