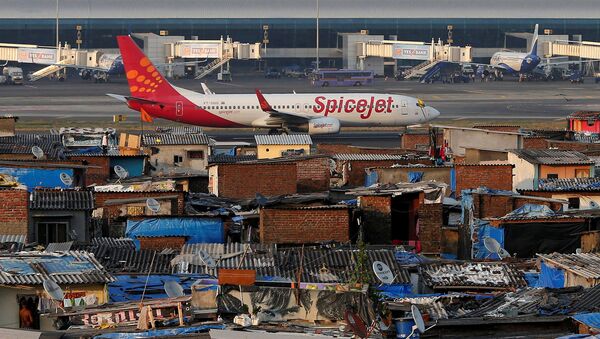 The COVID-19 pandemic has distorted the global economy and, while no sector will remain untouched, aviation, hospitality and tourism are likely to be some of those worst hit.

In one estimate, the Indian aviation industry is likely to see a loss of some $3-3.6 billion between April and June of this year.

The report also points out aviation companies will have 200-250 surplus aircraft over the next six to 12 months, due to the sharp decline in travel.

“Indian carriers will require a domestic fleet of around 300-325 aircraft from October-2020 onwards, and an international fleet of 100-125 aircraft. The total fleet size of 400-450 aircraft would still mean that the current fleet of 650 represents a surplus of 200-250 aircraft for a period of 6-12 months," the report said.

The United Nations Conference on Trade and Development (UNCTAD) pointed out in its March report, titled “Impact of the COVID-19 Pandemic on Global FDI”, that cash losses for the aviation sector would be extremely high.

According to the findings, at least 56 airlines will see a steep drop in earnings in March. The average earnings drop until 23 March was projected to be -116 percent, in a mere 19 days, compared with an earlier projection of a -42 percent drop on 4 March, according to the UNCTAD report.

Not only the aviation sector will see whopping cash losses in the aftermath of the COVID-19 pandemic. Equity analysis firm Kotak Institutional Equities pointed out that in the March quarter (January – March) net profits for its investments will decline by 14% year-on-year (YOY) as economic activity weakened sharply in March 2020 due to the pandemic.

“We expect high double-digit YOY decline in net income for several sectors. The automobile sector is likely to see steep a decline in volumes. Construction materials will see a sharp volume decline in March 2020, while metals and mining will see a sharp decline in realisations, profitability and volumes. Oil, gas & consumable fuels will see lower realisation for upstream companies and inventory loss for downstream companies. We expect net profits for the Bombay Stock Exchange’s 30 share Index to increase 12% YOY and that of the Nifty-50 of the national stock exchange to decline 16% YOY."

Earlier in March, CAPA in a report claimed that COVID-19 may force a number of airlines worldwide into bankruptcy as it wipes out cash reserves. “Demand is drying up in unprecedented ways. Normality is not yet on the horizon", CAPA said.

In 2018, India received the distinction as the fastest-growing domestic air travel market, topping China, Russia, the US and Brazil, according to the International Air Transport Association, which earlier pegged Indian passenger growth at 18.6 percent in 2018.