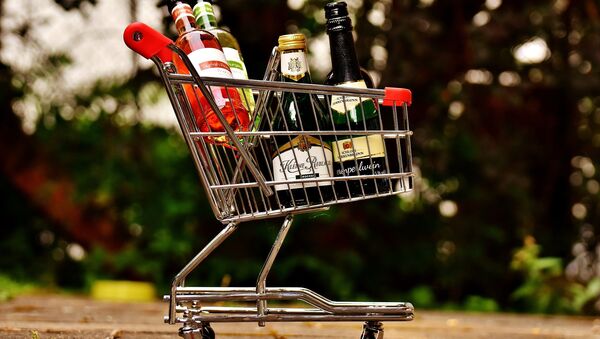 CC0 / /
Subscribe
Svetlana Ekimenko
All materialsWrite to the author
On Monday the UK government revealed new procedures for a national lockdown, with police called upon to enforce the strict regime in a race to contain the coronavirus pandemic.

The list of essential shops allowed to remain open amid lockdown measures in the UK sparked by the spreading COVID-19 coronavirus has been expanded to include off-licence liquor stores, writes The Times.

The list, put together by the Cabinet Office, was updated on Wednesday to add “off-licences and licensed shops selling alcohol, including those within breweries”, thus overruling the earlier government decision that only off-licences doubling as corner shops would be allowed to stay open.

As pubs and restaurants have been required to shut down in compliance with the new restrictive measures amid the pandemic, the head of Wetherspoons pub chain Tim Martin was quoted as deploring the fact that it was currently losing most of its business to supermarkets.

The news came in amid reports that the latter were starting to run out of beer, wine and spirits, despite data from opinion polls such as YouGov, which released findings on Tuesday that showed more than half of Britons were drinking roughly the same amount as they did prior to the enforced shut-down of pubs and self-isolation conditions set in. A quarter of those polled said they were drinking less, while 17 per cent said they were drinking more.

Meanwhile, as the “essential retailers” list has been updated, pubs and breweries have been triggered to start lobbying the government to allow them to make takeaway and delivery sales of alcohol.

On Wednesday, James Calder, chief executive of the Society of Independent Brewers, said:

“We have called on the government to relax licensing laws so that breweries which do not have an off licence can sell and deliver beer directly to the public.”

As tempers flare and businesses count their mounting losses, many are struggling to understand what qualifies as an "essential business".

Dame Carolyn Fairbairn, director of the Confederation of British Industry (CBI), tweeted that many firms "do not know whether to stay open or to close" amid the shutdown, urging the government to provide the businesses with much-needed clarity in these difficult times.

It’s clear that many firms do not know whether to stay open or to close. I’m talking to the business secretary this morning to help government provide much greater clarity.

The latter had earlier sparked a controversy as Halfords announced on Tuesday it was reopening more than half of its branches after the government ruled that car and bicycle repair shops could remain open just a day after the chain warned staff it was shutting down for at least three weeks.
The firm was criticised as some cited concerns over a lack of protection for on-site workers while others, such as MSP Fulton MacGregor, went on Twitter to question whether the business should be allowed to stay open at all.

Chief Executive Officer at Halfords Graham Stapleton said the chain had "an essential role to play in keeping the country moving".

Previously, the industry had released figures that demonstrated a sharp spike in demand at bicycle retailers and repair shops as people were resorting to bikes to avoid public transport during the pandemic.

On Monday the UK government announced new procedures for a national lockdown amid the coronavirus pandemic, with rules taking immediate effect, and UK Prime Minister Boris Johnson announcing that reviews would be conducted after three weeks on whether to relax or continue the protocols.

A sweeping list of restrictive protocols has instructed Brits to only leave their homes under "very limited purposes" or face penalties for failing to comply.

As the COVID-19 coronavirus continues to spread across the globe, the number of people who have tested positive for the respiratory disease has passed 471,700, with more than 21,000 recorded deaths, and over 114,000 people having recovered.

As measures have been put in place to deal with the pandemic, a vast amount of people are now living under some form of lockdown, with Southern Europe remaining at the epicentre of the health crisis.

In Italy, a European country particularly hard-hit by the disease, the number of infected people currently stands at 74,300, according to the Johns Hopkins University Coronavirus Resource Center, with the death toll at 7,500. In Spain, with a registered 49,500 cases, the death toll of 3,600 has surpassed the numbers registered in China, where the virus originated.