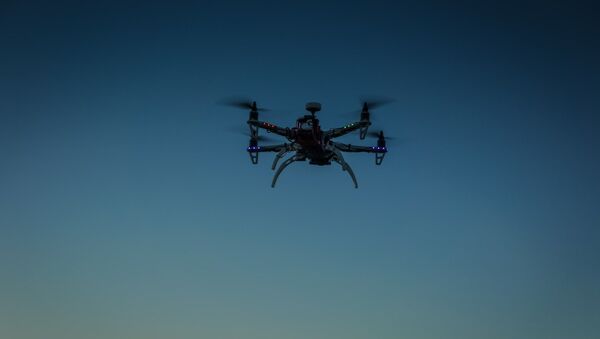 New Delhi (Sputnik): The Indian tea-town of Darjeeling shares a close proximity to the international border with the Himalayan nation of Nepal. India has stepped up security along its international boundaries since New Delhi’s recent face-off with Pakistan in the western region and along its porous border with Nepal.

India’s border security force, Sashastra Seema Bal (SSB), arrested 10 Nepalese nationals on the outskirts of eastern Darjeeling, famous for its tea gardens, after SSB personnel spotted a drone hovering around their outpost, 52 kilometres away from the main city.

According to media reports on Wednesday, the arrested suspects have confirmed to the police that they were flying the drone inside Indian borders, but failed to produce any documentation about the drone, neither its license nor a training certificate.

The police then took the suspects to a local judicial officer in Darjeeling, who remanded them for seven days for further investigation.

In addition to the drone, its remote control and memory card have also been confiscated by police.

The arrested persons have been booked for endangering wildlife and humans as also violating the guidelines of India's aviation watchdog, the Directorate General of Civil Aviation (DGCA). The DGCA have made it mandatory for all aerial vehicles to be registered.

The Indo-Nepalese international border is porous and nationals from both countries and tourists can cross over without much hassle. The border is merely a distance of 18 miles (30 kilometres) from Darjeeling at its closest point.

In January 2019, a special cell of the Delhi Police arrested three terrorists belonging to Islamic State from the national capital. They had entered the country from Nepal, where they had set up a base.