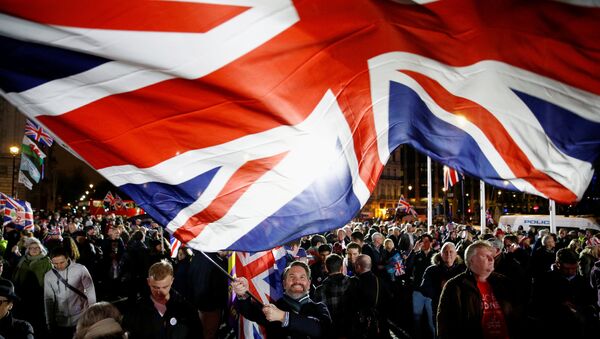 A points-based immigration system proposed by Prime Minister Boris Johnson has already drawn harsh condemnation. Scotland’s first minister Nicola Sturgeon said the plan would be "devastating” for the country’s economy. “Our demographics mean we need to keep attracting people here - this makes it so much harder", she said.

The United Kingdom will bar entrance to non-English speaking migrants and unskilled overseas workers, according to a post-Brexit immigration plan presented by the government. It urged businesses to no longer rely on cheap labour and instead invest in automation and retaining staff. Authorities noted that by reducing overall immigration to Britain it is delivering on Brexit proposals demanded by the electorate, while at the same time fulfilling campaign promises made during recent elections.

The government previously said it wants to adopt an Australia-style points-based immigration system, under which migrants would be ranked on certain criteria – language skills, qualifications, and work experience – with authorities favouring highly-skilled newcomers.

Under the new plan migrants willing to work in Britain must speak English and have an offer of a skilled job. This will earn them 50 points, but to be able to work in UK they need to have 70, with points being rewarded for having qualifications, working in a sector where there is shortage of workers, or having a PhD in a subject relevant to the job.

The government has also set a threshold for salaries. Thus, anyone wanting to work in Britain must have an annual salary of 25,600 pounds ($33,000). Though people earning a base salary of 20,480 pounds would be acceptable if a there is a skill shortage. According to a list by the Migration Advisory Committee there is a shortage of civil engineers, medical practitioners, nurses, psychologists, and classical ballet dancers.

British authorities said that EU-workers and non-EU workers would be treated equally after UK-EU free movement ends on 31 December.

Business leaders and employers said the government’s proposal would result in job losses and the closure of factories. However, Home Secretary Priti Patel said the new immigration system would ensure that "the brightest and the best will be able to come" to Britain.