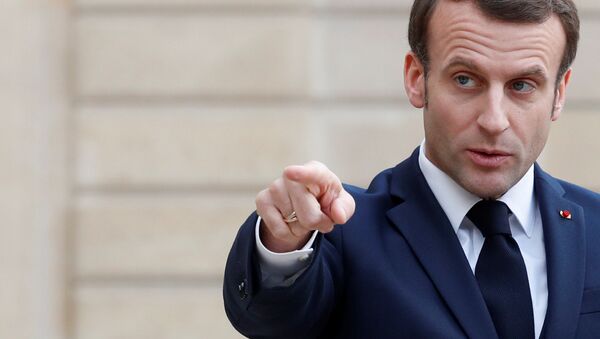 MOSCOW (Sputnik) - French President Emmanuel Macron said on Saturday that there were many frozen conflicts around the world that required joint efforts to settle them, which would be impossible without resuming a strategic dialogue with Russia.

"There are many frozen conflicts now, there are many conflicts in cyberspace, sanctions that didn't change one bit in Russia. I don't think we should abolish the sanctions, I'm just stating that the sanctions didn't work. Europeans suffer from sanctions as much as the Russians do and the result is not exactly positive. ... We need a strategic dialogue because the current situation is the worst situation possible that you could imagine. We talk less and less but have more and more conflicts and at the same time we are not able to settle these conflicts," the French president added.

The president said that France agreed with Russia on the inadmissibility of the conflict situation in Syria.

"We need to be able to talk about external conflicts like Syria. We share Russia's opinion that whatever happens in Idlib is unacceptable," Macron said.