Germany's Lufthansa Cancels All Flights to China Amid Coronavirus Outbreak 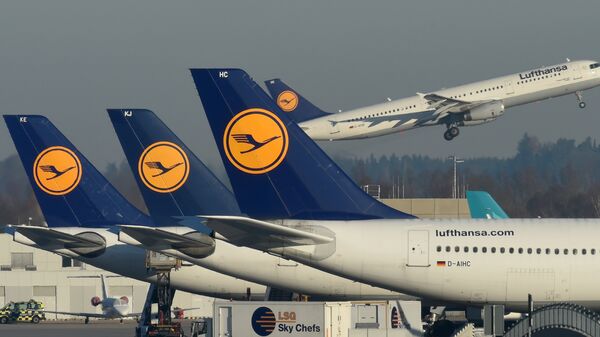 The new coronavirus was first detected in China's city of Wuhan at the end of last year and quickly spread to other cities. According to the latest information, the virus has claimed the lives of 132 people, while over 6,000 people have been infected.

Germany's Lufthansa plans to cancel all flights to China amid the coronavirus outbreak, Bild daily reported, citing sources in the company.

Lufthansa has confirmed the report, adding that its own flights to and from China, as well as those operated by Swiss and Austrian Airlines, have been suspended until 9 February.

In a separate development, American Airlines said it was suspending flights from Los Angeles to Shanghai and Beijing from 9 February through 27 March because of a decline in demand.

Earlier in the day, British Airways announced it was suspending all direct flights to and from mainland China amid the spread of the new coronavirus.

The UK is currently waiting for around 200 British passport holders airlifted from China to arrive on Thursday, UK Prime Minister Johnson's political spokesman said. London said it would quarantine them for two weeks. 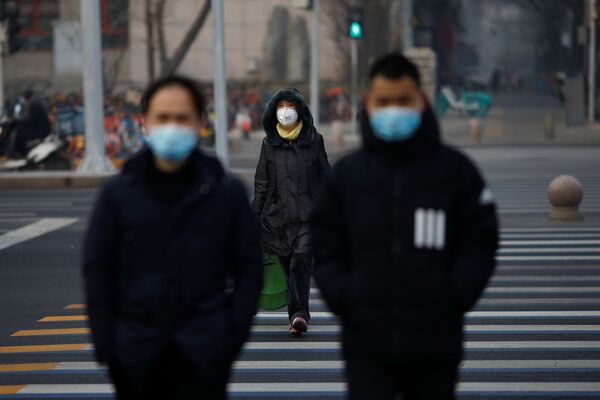 People wearing masks walk across a street as the country is hit by an outbreak of the new coronavirus, in Beijing, China January 28, 2020.
© REUTERS / CARLOS GARCIA RAWLINS

The novel type of coronavirus was first registered in China's Wuhan in late December and spread to other cities and abroad within a couple of weeks. The virus has claimed the lives of 132 people in China, while over 6,000 people have been infected, according to the country's National Health Commission.