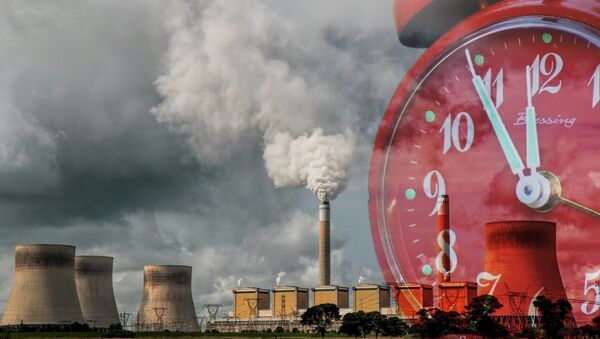 "Frankly speaking I’m very skeptical [about meeting climate goals], because the UN [emissions] gap report already said that we will be above 20-30 gigawatts, which means 50-70% of the current emissions. So we will be above the target, even with NDCs [nationally determined contributions]. It will be highly difficult unless some very drastic consensus and action taken right away instead of growing global emissions so far, while it was supposed to go down," Chung said.

The Paris climate deal, which went into force on November 4, 2016, aims to keep the increase in average global temperature at below 2 degrees Celsius (3.6 degrees Fahrenheit) above pre-industrial levels by means of reducing greenhouse gas emissions.

The signatories have so far failed to agree on a regulatory framework for a global carbon trading system, which remains a major stumbling block for the Paris deal to become fully operational.

Rae Kwon Chung said that one should not expect too much from the upcoming climate change conference in Glasgow since negotiators at such meetings are constrained by their national policies in this area.

According to the Nobel laureate, it is "most critical" for the countries to change the attitude and view climate commitments as an "opportunity rather than a cost or a burden."

"We should do more about changing the perception: emissions reduction opens new opportunities. Otherwise people’s behavior will not change," he stated.

Chung, first of all, urged against fears that low carbon future would make our economy collapse, arguing that it, in contrast, had the potential to spur economic growth and create new jobs.

"But people are afraid, that’s why they want to deny it. We have to blame our unfounded misperception that transformation for low-carbon is going to destroy our economy … Of course it’s created by those people who want to sustain the current high-carbon structure," he added.

Chung is an Intergovernmental Panel on Climate Change (IPCC) member, who received a personal copy of Nobel Peace Prize awarded to the IPCC in 2007 for his contribution to the panel’s report on technology transfer. He also serves as Global Energy Prize International Award Committee chairman.

"Fridays for Future" climate activists should switch from only protesting against the current system to setting a personal example of living a low-carbon life Rae Kwon Chung stressed.

He noted that protesters themselves "grew up with high carbon." So, now they should show their readiness to accept low-carbon future, "which means no private car, you have to take a bus, you have to walk or cycle."

The Fridays for Future initiative was inspired by teen activist Greta Thunberg, who became an international celebrity in August 2018 when she had her first "climate strike" by skipping school to protest outside the Swedish parliament. She later continued to do this every Friday.