Huskies Are So Weird: Funny Dog Blows Bubbles While Lying in Stream 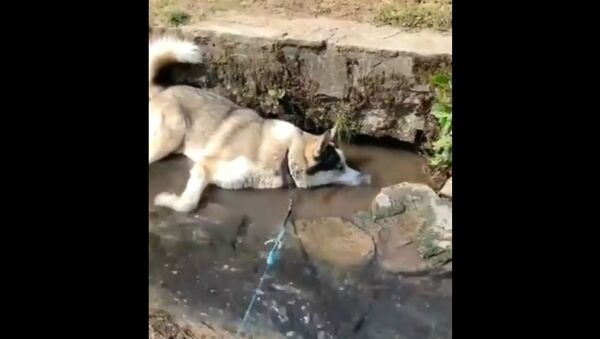 It appears that when a dog submerges its nose, it instinctively blows air out of it to avoid inhaling water.

An adorable Husky has been captured on video while blowing bubbles underwater. The funny dog is lying in a stream and enjoying making bubbles with its nose.

The pup is probably attempting to cool down its snout in order to freshen the air going into its lungs, according to one person commenting on the video.

"He's at the end of his leash, laying in the water, and blowing bubbles out of his nose. There's a country song in there somewhere", another netizen wrote.

When you learn to blow bubbles and your mom tells you to stop!😂🙄