#DeadManWalking: In India, People Often Return From the Dead and Nobody Knows Why 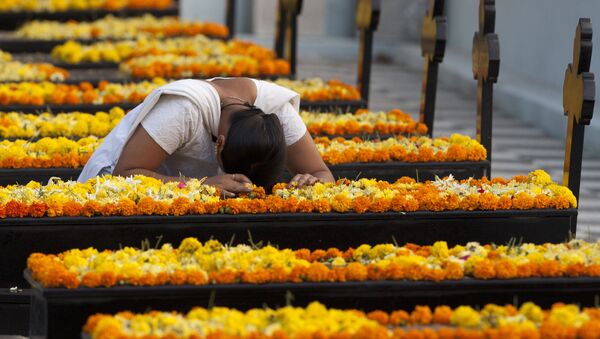 Five incidents that sent chills down the spines of many people in India just ahead of preparing for their loved one's last rites seem to be cases, straight from some Bollywood movie, but they actually did take place.

Infant Comes Back to Life

A six-month-old who had reportedly suffered heat stroke in India’s Bihar woke up while being buried in the graveyard. The incident was reported from Nalana, the home district of Bihar state chief Nitish Kumar.

Deepak Kumar, the infant, was rushed to a hospital after he fell unconscious due to suffering a heat stroke. The doctors declared him dead on finding him motionless.

His family took him to the graveyard. As they were putting the last bit of soil to cover his body, they noticed movement. He was pulled out from the grave and taken to a government hospital and he survived.

Reports suggest that the doctors who declared him dead are still on the run.

When Tears Saved A Life

An 18-year-old man, who was declared dead by doctors, survived when his mother noticed tears rolling down his eyes during the final rites in the southern Indian state of Telangana.

Gandham Kiran, a college student, was admitted to the hospital with complaints of a high fever and vomiting and the doctors diagnosed him as suffering from severe hepatitis.

According to reports, Kiran slipped into a coma and the doctors declared him brain dead, asking the family to prepare for the final rites.

While mourning, Kiran’s mother noticed tears rolling out of Kiran’s eyes and a team of doctors were called to the house. Following three days of treatment, Kiran returned to his senses and within a week he was discharged from the hospital.

Lady Wakes Up From Deep Slumber

In another incident, mourning relatives sprang up with surprise when a 32-year-old woman in a village in Jharkhand came alive. Devi, the woman, was in a deep slumber throughout the funeral process, which involves bathing the body and wrapping it up in new clothes as per Hindu death rituals.

But the woman woke up in the final stages of the process with villagers hailing it as a “resurrection” or “miracle of god”.

The woman, who was at her parents’ house for medical treatment, had been declared dead by doctors after her condition worsened and she apparently succumbed to it.

According to reports, the civil surgeon of the district said such an incorrect diagnosis can only be given by an untrained doctor.

Back From the Grave

After battling for his life for 10 days following an accident in Uttar Pradesh state’s capital Lucknow, Mohammad Furqan (20) was all set to be buried. But his family members noticed some movement in the area of his limbs and he survived.

On 20 June, Furqan had met with an accident and was undergoing treatment at a private hospital. According to reports, the doctors declared Furqan dead allegedly a day after the family told them that they ran out of money even after paying around Rs. 700,000.

His grave was ready and as the family was about to bury the body, they noticed some movement in his limbs and rushed him to a nearby hospital where doctors revealed that he had a pulse and was not brain dead.

The reports made the city’s medical chief order a probe into the hospital.

A 55-year-old man who was assumed to be dead by his family shocked them by swinging his head and got up while he was being taken for the final rites in India’s Odisha.

According to reports, herdsman Simanach Mallick had gone into a nearby forest to graze his cattle and didn’t return. He was found lying unconscious and motionless following which his family took him home and started preparing for his funeral.

As he was being taken to a cremation ground, Mallick suddenly woke up and triggered panic among the procession.

He was rushed to a nearby hospital where doctors discharged him after treatment. In the reports, the doctors suggested that Mallick had fallen unconscious due to a high fever and weakness.

His wife Soli regretted not taking him to the hospital and assuming him dead.