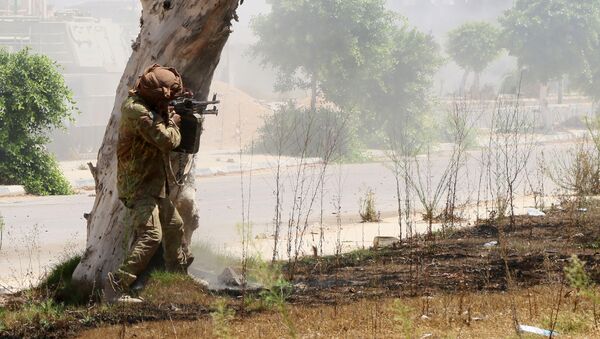 ROME (Sputnik) - The Libyan crisis could be settled by introducing a no-fly zone over Libya as an option, but not through military intervention, Italian Prime Minister Giuseppe Conte said on Saturday.

"Before us is a reality that consists not only of two armies, but also of militias and tribes, and, therefore, of incredible fragmentation. It is unfounded to believe that the military option could bring stability to Libya in a few weeks," Conte said during his end-of-year press conference.

According to the prime minister, a no-fly zone could be a tool to achieve peace in war-torn Libya.

Conte stressed that recent telephone conversations with the presidents of Russia and Turkey proved the existence of the ongoing political dialogue on the Libyan crisis.

During the conversation with Turkish leader Recep Tayyip Erdogan, Conte had urged him to refrain from ground military intervention in support of Fayez Sarraj’s Government of National Accord (GNA).

The Turkish operation "will open the way for unbelievable military escalation, which will lead to many casualties among the civilian population and will not allow anyone to achieve victory," the Italian prime minister said. 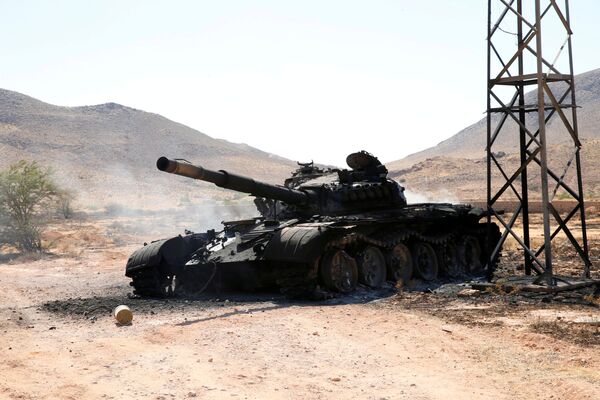 A destroyed and burnt tank, that belongs to the eastern forces led by Khalifa Haftar, is seen in Gharyan south of Tripoli Libya June 27, 2019.
© REUTERS / ISMAIL ZITOUNY

Last week, both Ankara and Tripoli-based GNA ratified the memorandum on military cooperation, signed by Erdogan and Sarraj on November 27. Among everything, the document provides for military support between the parties. Erdogan has already said that Ankara will send troops to Libya should Sarraj's government ask.

Libya has been living through a severe political crisis since a coup in 2011 toppled leader Muammar Gaddafi. Two rival administrations have since practically split the oil-rich country into a political duopoly, with the LNA controlling the east and the GNA controlling the west.

The situation has escalated over the past several weeks as LNA commander Khalifa Haftar ordered his troops to advance on the GNA-held capital of Tripoli. The city was already a battleground for a similar attack in April, in which hundreds of people were killed and thousands more injured.