Weaponization of NHS Is a Disgrace 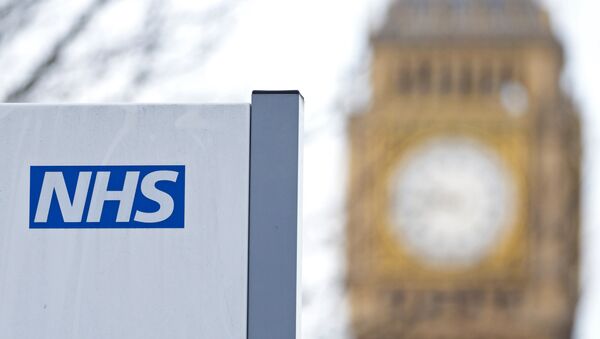 Jon Gaunt
All materials
A photo of a four-year-old boy on a Hospital floor is obviously distressing but how the heck is it Boris Johnson’s fault?

My Dad was left on a trolley in a corridor and store room for three days after he collapsed with a heart attack at Heathrow. He was in a coma. He died two weeks later but I did NOT blame Brown or Blair who were in power at the time.

The NHS is in a mess, a complete mess, but it has been like this for years. The harsh reality is that there is just not enough cash and there never will be to sustain the NHS at the level we all demand and I am sick to the back teeth of politicians of all parties pretending otherwise.

The National Health Service needs root and branch reform and needs to be taken out of the political war.

Back in April 2017 a cross party member of the House of Lords, Lord Patel, declared that our 'culture of short-termism risks condemning our NHS to a dismal future.’

His committee’s report made the point that all the political parties basically held the same view of protecting the NHS and the principle of treatment being free at the point of delivery. So, he stated that, ‘Building on this consensus, we believe an independent body, charged with making evidence-based projections on the health and care needs for the next 15-20 years should be established.’

He was right then and he would be right now if only the politicians would get on with it. However, a discussion and decision has been delayed until Brexit is sorted. Madness, pure madness! So, the NHS still gets a kick in during this election.

The political weaponization of the NHS is a disgrace and it needs to be stopped by both sides now.

I also believe that Boris was right to take the phone off the wannabee celebrity reporter who was also trying to weaponize this image of the young boy. He wasn’t trying to make Boris discuss the health service he was using an emotional picture to cloud the intellect.

Boris is probably fed up to the back teeth of political reporting stunts like this because I certainly am.

We have had the Kay Burley temper tantrum, then Biased Channel 4 news with their ice block stunt and even the great Andrew Neil gave us a three minute no-chairing Boris Johnson rant. This week it was also revealed that even some of Channel 4’s own staff had raised concern about bias in their election coverage.

This type of political pantomime is the staple diet of the tabloids with their chicken costumes but come on we are talking about serious impartial broadcast journalism here aren’t we?

General Election: Boris Johnson Ignores Photo of Sick Child And Puts Reporter’s Phone in His Pocket
The way that Boris taking the telephone off the reporter became the story was laughable. We had really earnest conversations about whether Boris has no ability to display empathy or sympathy with ordinary people. The Toff with no feelings emotional clap trap was wheeled out and conveniently the biased broadcasters failed to really mention that Boris did apologise very soon after and sent the Health Secretary to the hospital to sort the matter out.

This morning Labour shadow health secretary, Jonathan Ashworth, completely trashed Jeremy Corbyn in a secretly recorded telephone conversation. He actually accused his leader and possibly our new Prime Minister of being a security risk and stated categorically that ‘voters can’t stand Corbyn’ and that the voters think Labour has blocked Brexit. Hey but don’t worry guys because Ashworth has explained all this treachery away by telling the BBC it was just “banter.” Banter? Accusing his own leader of being a security risk?! If he doesn’t trust Comrade Corbyn why should we?

So just when it looked like both parties were in trouble Sky News raced to the rescue and broadcast a pre-recorded interview with the father of Jack Merritt in which he accused Boris Johnson of “trying to score election points” when he reacted to his son’s tragic murder by a terrorist on London Bridge.

Dave Merritt is clearly grieving and no one wishes to attack him but to accuse Boris of weaponizing his son’s murder is rather hypocritical when he consented to this interview, just 48 hours before we go to the polls, and of course last week he made similar allegations on the front page of the Guardian.

Jack may well have not wanted more draconian sentencing and the stopping of early release of dangerous terrorists and criminals but I am afraid the majority of the public would clearly support Boris, not Jack and David Merritt.

It has to be stated that both of them were and are Labour supporters and prison reformers and David has tweeted some pretty robust views about the Tories and the election before his son’s death.

Again, this Sky News interview was all about emotion and I am sorry but I don’t think it was the appropriate time for this to be broadcast. I think it is exploitative of someone who is still grieving and who clearly has a major political point to make. The interview contains a clear message to voters, which is that Boris is not to be trusted and I note that the Ashworth/Corbyn security risk has fallen down Sky’s news agenda.

Not a Great Choice

The news coverage of this election has been the most biased to the left that I can ever recall and that is why I support Boris and his views on the reform of the BBC, Channel 4 News and broadcasting impartiality as soon as he walks back into number 10.

I was told years ago that party political broadcasts were always geared to the educational level of an eight-year-old but we are now being treated as toddlers, being spoon fed emotional reaction stories. I said a few weeks ago that the election was turning into a reality TV show and the last couple of days has illustrated this clearly.

Look, I’m no Boris fan and I also think he is a bit of a BS merchant and of course there are questions of trust. However, who are you going to vote for?

The bumbling fibber or the friend of the terrorists and his bunch of Toytown Trots who will not only nationalise everything in 100 days but will probably wreck the country at the same time and is described by one of his inner circle as a “security risk?”

What a choice? Good luck!