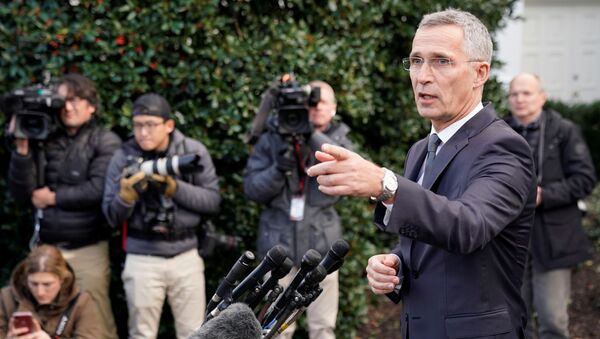 BRUSSELS (Sputnik) - NATO Secretary-General Jens Stoltenberg on Wednesday commented on media reports about Turkey's alleged blockage of collective defence in the Baltic states by saying that the alliance has the capability to protect all its members.

"I will not go into internal NATO discussions, the only thing I can say is that we have plans and we have the will and we have the capabilities to protect all allies," Stoltenberg said when asked to comment on the matter.

He added that the modernization of NATO's air force was part of those capabilities.

Stoltenberg spoke at a joint press-conference with Boeing President Michael Arthur at the Melsbroek airbase in Belgium after they signed a $1 billion contract to modernize the NATO fleet of Airborne Warning and Control System reconnaissance planes, known as AWACS.

On Tuesday, four senior NATO officials were cited by Reuters as saying that Turkey refuses to support the NATO collective defence in Estonia, Latvia, Lithuania and Poland against the alleged Russian threat unless Ankara itself receives adequate support from the allies in its fight against the Kurdish militia in northern Syria.