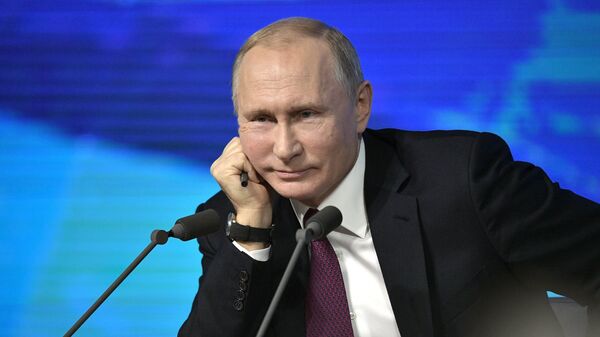 Russian President Vladimir Putin has been divorced since 2014 and officially remains single, while a woman is now claiming to be married to Russia’s head of state.

A 36-year-old Ukrainian woman has attempted to see Russian President Vladimir Putin while visiting Red Square, by claiming that she was his wife.

The incident was reported by Russian media outlet MK and happened on 20 November near the official residence of the Russian president in Kremlin. The woman, who later appeared to be a Ukrainian national named Natalya, attracted public attention after shouting that she was Vladimir Putin’s wife and demanding a meeting with the Russian president.

Vladimir Putin Reveals He Doesn’t Read Trump’s Tweets
She was then detained by Russia’s Federal Protective Service following her suspicious behaviour and later arrested by the police. It has been reported that the woman was later transferred to a psychiatric hospital on suspicions she suffered from schizophrenia.

The 67-year-old Russian president prefers to keep quiet about his personal life since his divorce from Lyudmila Putina in 2014, with whom he has two daughters. Vladimir Putin has remained officially single ever since.