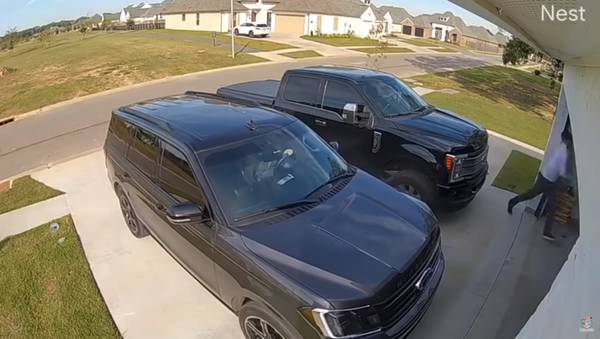 A Louisiana man caught a bit of bad luck on Monday, landing flat on his back and seeing stars after he banged his head on a descending garage door, which his wife had just started closing.

“Babe, are you okay?!” the wife is heard yelling out moments after her husband runs into the door at full speed. “Babe! Did it knock you out?”

In a statement Viral Hog obtained from the startled wife, she explained that she’d only ordered the garage door to close after she believed they were both set to leave their Lafayette home; however, disaster struck after the hubbie realized he needed something that was in their home.

“He takes off running to get [the item] at the exact moment I begin to close the garage door, since I thought we were done in the house. Without noticing the door closing, he slams into it with his face at full speed,” reads the statement.

The head-banging incident has since taken on a new life by giving the pair some comedic fuel. “We laugh every time we watch it!” the statement concludes.