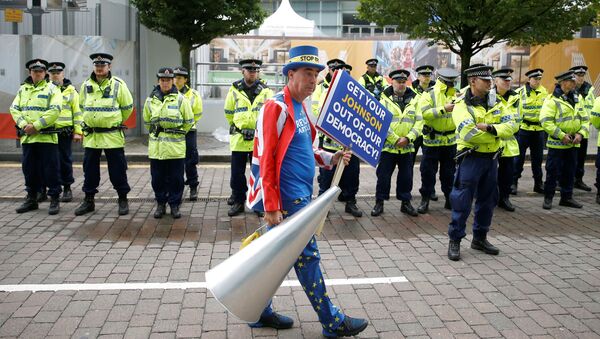 Neil Clark
All materials
Saturday is a ‘make or break’ day for Brexit as the first Saturday session of the House of Commons since 1982 votes on PM Boris Johnson’s new deal- but there’s quite a lot at stake too at Ascot racecourse, where some of the best horses in the world compete in ‘Champions Day’.

It’s not going to be your average run-of-the-mill Saturday, that’s for sure. The last time the UK Parliament sat on the first day of the weekend was on 3rd April 1982, to discuss General Galtieri’s invasion of the Falkland Islands.  Before that is was in November 1956, at the time of the Suez crisis.

Now in 2019, it’s the Brexit Civil War that could be settled.

By the close of play this Saturday evening Boris Johnson could be hailed as the man who finally achieved Britain’s exit from the European Union. Against all the predictions of the Doubting Thomases (or rather that Doubting Phils, Ambers, Jos and Keirs), BoJo has managed to get a new, improved deal from Brussels.

The new agreement ditches controversial Northern Ireland ‘Back-Stop’. It’s a deal that, while being far from perfect (which deals are?), the UK government and the EU seem happy with.

But will he get it through Parliament? It’s likely to be incredibly close as Remainers, who don’t want Britain to leave the EU under any circumstances, dig in. One prediction I’ve seen even has it as a tie, with the deciding vote going to the pro-Remain Speaker, John Bercow. The bookies currently go 10-11 about the deal passing and 10-11 about it failing. 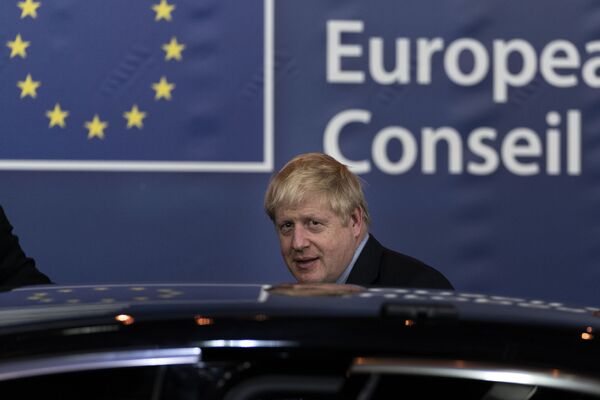 To win the vote, Johnson needs to get at least some DUP MPs on board, and a reasonable number of pro-Leave Labour MPs too. But the pressure on these Labour MPs to toe the party line and vote against the deal will be immense. Already Momentum’s Jon Lansman has tweeted ‘Labour MPs cannot and must not vote for it’, warning that the NEC would ‘have no choice’ but to replace these MPs before the next election.

This negative approach is I believe a major miscalculation by Labour. Opinion polls show us that people just want Brexit over and done with now. If Labour succeeds in blocking Johnson’s deal- or attaching it to a new referendum, it’s highly unlikely the Brexit-fatigued public will be grateful. Instead, a beating for the ‘Brexit-blockers’ at the ballot-box awaits.

I’ve already mentioned in previous pieces the detailed academic research which shows that Labour’s path to power lies through Leave-voting Tory-held marginals in the north and the midlands.

A lot of Labour MPs and supporters seem to be in complete denial over this and still think, contrary to all the evidence that ‘Remain’ is the way to victory! The great irony is that the ‘treacherous’ Labour MPs who do vote for the deal and help get Brexit over the line, three-and-a-half years after the original referendum, could be doing Jeremy Corbyn a big favour. Only don’t expect the one-time fierce Euro-sceptic to thank them publicly for it.

At the same time as the drama will be unfolding at Westminster, about 30 miles from central London, there’ll be a drama of a different kind at Ascot racecourse. It’s Qipco Champions Day.  Last year in this column, I predicted a ‘bold challenge’ from the 250-1 Czech raider Subway Dancer, who repaid each-way support by finishing third in the Champions Stakes.

What are the best bets this year?

Advertise won on good-to-soft at Royal Ascot in June and although the going is now heavy, he has to be respected along with last year’s winner  Sands of Mali. The one I like the best is Irish challenger Make a Challenge who won very easily on soft-to-heavy at the Curragh last time and looks well-drawn. At very juicy odds, Keystroke looks overpriced at 66-1, considering he was third under a penalty in course-and-distance Group Three last time but is now 3lbs better off for a 2l beating with winner Cape Byron who is just 10-1.

Top stayer Stradivarius is going for his eleventh straight win under Frankie Dettori, and although his last defeat- in October 2017- came on soft ground in this, he still looks hard to oppose on the form book.

Capri, sixth in the Ascot Gold Cup, could be the each-way value at 40-1.

Star Catcher, a winner on soft-ground at the Royal meeting looks a worthy favourite;  Tarnawa and Antonia De Vega from the in-form Ralph Beckett yard, are of definite each-way interest. 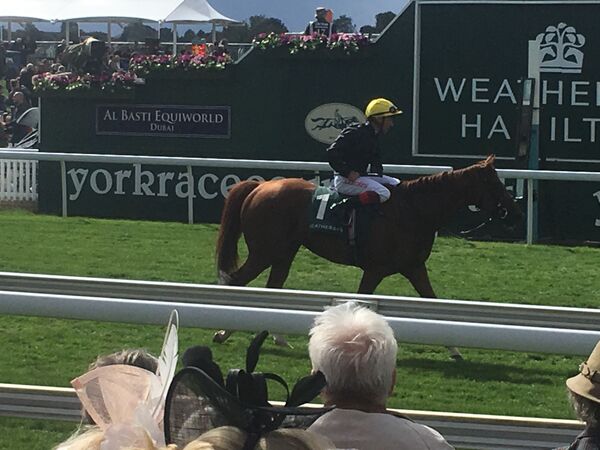 Stradivarius, favourite for the Long Distance Cup, after his victory at York
© Sputnik / Neil Clark

French raider The Revenant was impressive at Longchamp and has got his ground. He could prove hard to beat. Lord Glitters has only finished out of the placings once in six runs at Ascot and won on this card in 2017, so has definite each-way possibilities. Safe Voyage has good form on the testing ground  (albeit over a furlong shorter) and might be worth an each-way interest at 25-1.

Addeybb is just holding on for favouritism at time of writing and while he has a very obvious chance given his soft/heavy ground form, Coronet, at 7-2 is marginally preferred. The mare, only beaten a length in the fillies and mares on this card twelve months ago, when trying to concede 6lbs to Magical (who she faces on level terms today), also won on heavy last time out and trainer John Gosden has landed this the past two seasons. I Can Fly was second in the QEII behind the brilliant Roaring Lion on this card last year at 33-1 and could place again at 20-1.

Lord North may have 'lost the colonies', but his equine namesake won the Cambridgeshire so easily you can see why he’s the favourite for this 1mile finale. The best value bet in the race could be Escobar (12-1), who was just pipped in this last year at odds of 33-1 and was a staying-on third on testing ground over 7f at Ascot on his last run. That should have him nicely teed up for this.