Andrew Philip Cross: Wikipedia Editing Scandal Continues (But For How Much Longer?) 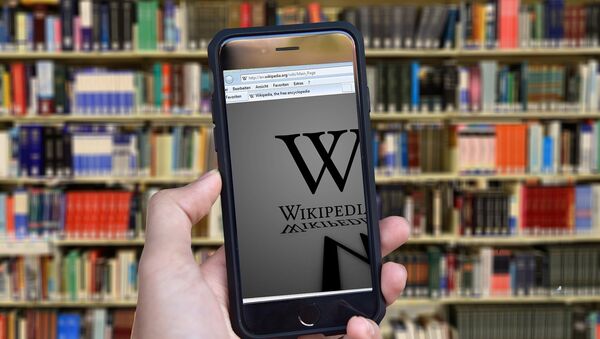 Neil Clark
All materials
Who is "Philip Cross" the notorious Wikipedia editor who has made so many people's lives a misery over the past fifteen years due to his relentless malicious editing of their pages and pages on which they are cited?

He's the obsessive, at it night-and-day, 365-days a year Wikipedia editor and online stalker whose account is used to pursue personal and political vendettas, but who, despite great publicity in the spring of 2018 about his activities, which included articles in many media outlets and a BBC World Service radio documentary, is still persecuting people - (or allowing people to be persecuted from his account), on a daily basis.

At the time of writing the Philip Cross account had made a staggering 159,607 Wikipedia edits in a fifteen-year period. Incredibly the Cross account did not take a single day off from editing Wikipedia from 29th August 2013 to 14th May 2018. Not even on five consecutive Christmas Days (note that well). 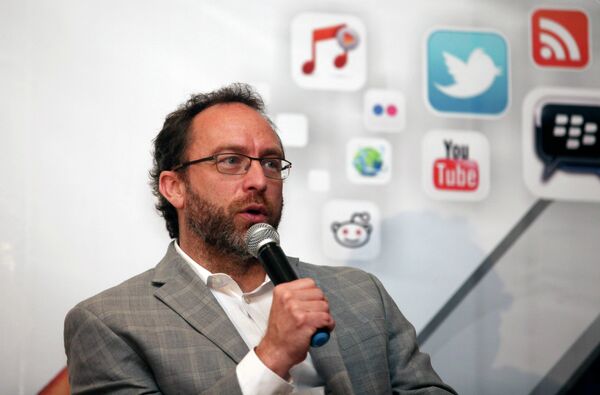 When a user complained on Wikipedia founder Jimmy Wales' "talk" page about Henderson's edits, he responded that his "arguments against using it are pretty persuasive."
© AP Photo / Sunday Alamba

Many of these edits are simply tidying up jobs. But that provides the camouflage for what the account is really used for. Damaging the reputation of those people the account holder doesn't like- or simply removing references to them altogether even if the sources are "reliable".  Anti-war activists are a regular target. On Twitter, he has called his targets "goons". So much for editorial impartiality.

Among Cross's online victims are George Galloway (almost 2000 edits up to last year!), Craig Murray, Media Lens and myself. He's also not too keen on John Pilger, Seumas Milne, Rania Khalek, Edward S. Herman, Matthew Gordon Banks, Dr Piers Robinson, Professor Tim Hayward or anyone who questions the official War Party narrative on Syria and Yugoslavia,  while recently he also seems to have gone to war against the writer Alexander Waugh (over 50 edits since September 17th)

A ban on editing pages connected to UK politics has given some of his victims a respite, but overall it hasn"t cramped his style.

It's been pointed out that Philip Cross has been editing Wikipedia's entry on "Douma chemical attack". Given UK government bombed Syria in consequence, isn't it something Cross is banned from editing? This matters in light of recent revelations about dissenting OPCW report. pic.twitter.com/FrXh0MIkio

You can listen to the BBC World documentary "The Mysterious Wikipedia Editor" here.

In early 2019 my wife and I decided that we would finally try and trace Cross- something we should have done a long time ago. Here's what we found.

Sterling detective work from a social media friend had traced Cross to Chesterfield, a very nice town in Derbyshire, England, famous for the crooked spire of its church.

The Chesterfield connection was found by investigation of the Cross account's IP address and from personal information, Cross had provided himself on a blog he set up a few years back called "Anti-Illiberal", largely set up to attack my wife and me.

Cross had said he was an only child and that Philip was actually his middle name. The only child born in the UK in 1963 ticking those boxes was linked to Chesterfield, where IP evidence indicated Cross was residing too.

The family home of Cross was identified. On our first visit to Derbyshire, Mr Cross snr was away and we left a note explaining why we wanted to establish contact with him. 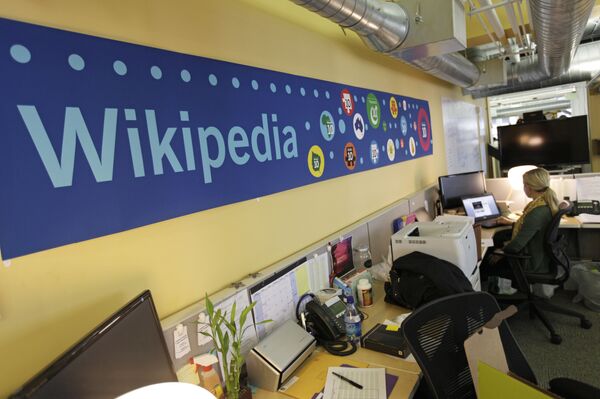 On our second visit, in February, my wife and I were lucky enough to see Cross' father working in the garden. We introduced ourselves and explained why we wanted to talk with him - we assured him we wished his son no harm and he kindly agreed to sit down and talk to us. We asked if it would be possible to see his son Andrew- who we knew lived elsewhere in Chesterfield. "In a word, 'No', he replied. I went to see him the other day. He doesn't want to see you".

He told us that his son had actually printed out a photograph of us to warn him what we looked like.

We asked Mr Cross if he knew why his son carried out his activities and his response was "If I knew that! I can't make sense of it".

My wife and I stressed that if his son really had stopped, then it would be the end of the matter. We would guarantee not to involve Andrew in any legal proceedings. It was a very charitable offer seeing the despicable way Cross had behaved towards us over the previous decade, but we liked Mr Cross who came across a decent elderly gentleman (81-years-old), who wanted to do the best thing for his son - and for us - and we wanted to reassure him- in return for his offer of help. Mr Cross told us that his son had Asperger's.

"He's not well. He doesn't work. He spends all his time editing wikipedia".

Asperger's is a form of autism marked by very obsessional, repetitive behaviour which certainly fits with the repetitive, almost robotic pattern of Cross' online activities. One of the few periods, when Cross wasn't editing Wikipedia, was after his mother Brenda's death in September 2010.

Mr Cross said his son had lived alone in a flat for twenty years, but he "daren't" take us to where he lived as he'd "lose a son". Of course, being decent people we didn't insist. "Bless you, I appreciate that", Mr Cross said to us.

Could Andrew Cross be unduly influenced and exploited by another, more malevolent force who "suggests" to him through DMs or other means what pages to edit? Mr Cross said that pressure could only be exerted on his son "through the Internet" as his son didn't go out.

"He is intelligent, though it's not come from me or my wife!"  As to being malicious he said his son was "not the type to do anything against anybody. Quite the contrary. He wouldn't tell a lie for example".

While Cross could physically be doing all the edits, a detailed stylometric analysis which I have in my possession and which would be produced in any future court action suggests that he is not the sole user of the account. Mr Cross also said his son - 56 years old in 2019 - was in poor physical health. "He's grossly overweight and he can't walk". Mr Cross was worried his son might have a stroke.

We also learnt that Cross had white hair.

So we have a physical - and mental picture of the man whose online activities - or at least online activities carried out in his name - have caused so much harm. My wife and I kept our word to Mr Cross and refrained from legal action. Here is a video we shot in Chesterfield shortly after the interview in which I expressed my hope that the matter had been resolved.

However, I regret to report that on Thursday afternoon, the Cross Wikipedia account resumed hostilities.

First, it began maliciously editing the page of the company where my wife has a practice, with the clear aim of doing her commercial harm. Then the account (see User Contributions: Philip Cross), began to remove references to my articles from mainstream UK sources from Wikipedia pages (to cover this up, and perhaps provide a defence when challenged, he did in addition to the removals expand the quote from one of my Guardian pieces).

The interesting point is that Cross had no reason to be cross with my wife and I on Thursday. We had not attacked him- we had kept our word to his father-so why did he suddenly decide to resume his campaign against us? I think I know why. There is, I believe, a link with another matter. Something else that happened last week.

This week I'll be discussing with other victims of the Philip Cross account, the possibilities of bringing a high-profile class legal action, which would possibly also include Wikipedia itself, which despite all the complaints still allows Cross to edit and whose founder Jimmy Wales arrogantly dismissed victims' concerns about editing as "so wrong as to be risible".

When will you be dealing with @Wikipedia editor @philipcross63 Jimmy, who uses it as a platform to harass anti-war dissidents? Why no response to complaints from public figures about his activities? https://t.co/LA6vNuihru

If Cross acts entirely on his own or another has been using his account or unduly influencing him it’ll all come out in court.

One way or another it's time the Philip Cross affair reached closure.