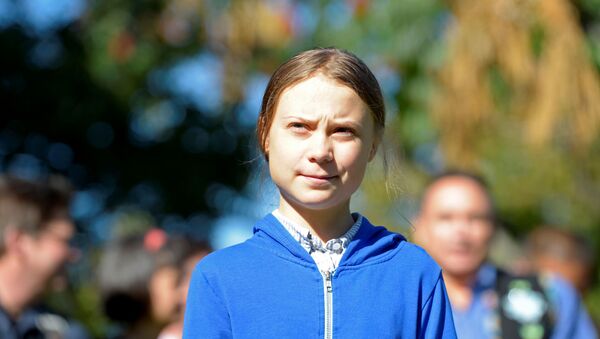 An effigy was hung from a bridge to mock the method of the climate protesters. The mayor of Rome noted that all of the Eternal City is in support of the teenage activist.

Virginia Raggi, the mayor of Rome, on Monday condemned the “shameful” effigy depicting the eccentric teenage climate activist Greta Thunberg which had been hung from a bridge near the city airport.

“My solidarity and solidarity of all @Rome goes to [Greta Thunberg] and her family,” Raggi tweeted, speaking for the entire city. “Our climate commitment does not stop.”

According to WSET radio station, the effigy had a wig of hair in pigtails similar to Thunberg’s and a sign reading: “Greta is Your God!”

​Local emergency services were tasked with removing the effigy, according to WSET.

On Monday, a climate change protester “hanged” himself from Story Bridge in Brisbane, Australia, demanding that the Queensland premier declare a national climate emergency.

While the move caused a brief interruption in traffic, a negotiator is now attempting to talk the protester into leaving his suspended hammock, Australia’s 7News report says.

Thunberg rose to prominence after delivering a strikingly aggressive speech before world leaders at the  annual UN General Assembly in New York. Thunberg has become the most prominent global icon for addressing climate change.