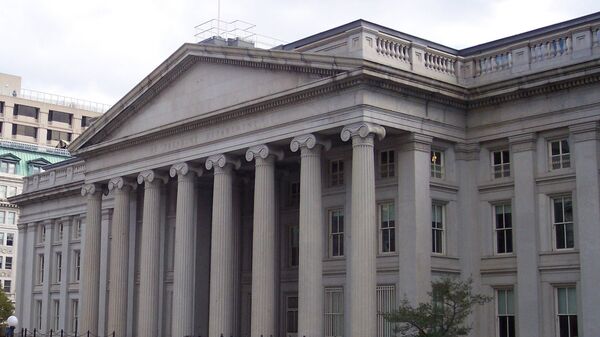 CC0 / /
Subscribe
International
India
Africa
Russia has been repeatedly accused of meddling in the US elections by Western powers. However, subsequent probes failed to find evidence pointing to any Russian interference in the US election. Moscow has strongly denied the accusations from the very beginning.

The United States has imposed sanctions on two Russian nationals, Denis Kuzmin and Igor Nesterov, with ostensible links to the Internet Research Agency over their alleged interference in the 2018 US midterm elections, the US Treasury announced on its website.

"Today, the US Treasury Department’s Office of Foreign Assets Control (OFAC) took action against Russian actors that attempted to influence the 2018 US midterm elections, though there was no indication that foreign actors were able to compromise election infrastructure that would have prevented voting, changed vote counts, or disrupted the tallying of votes," the Treasury said.

According to the statement, those targeted by the sanctions also had links to Russian businessman Yevgeny Prigozhin who the Treasury designated previously over allegations of election meddling.

The two persons and the companies targeted by the fresh sanctions are included into the Specially Designated Nationals List, sometimes referred to as the "blacklist."

The United States has levied sanctions against Russia for allegedly meddling in US elections in 2016 and 2018. This prompted an investigation into the ostensible Russian vote interference by special prosecutor and former FBI chief Robert Mueller. After two years of scrutiny, Mueller said that the probe found no evidence of collusion between Trump and his campaign with Russian officials in the run-up to the 2016 US presidential election.

The Internet Research Agency is a Russian firm that was accused in the Mueller report of using social media to interfere in the 2016 US presidential election.