Over 150 Migrants Break Through Border of Spanish Ceuta Enclave - Video 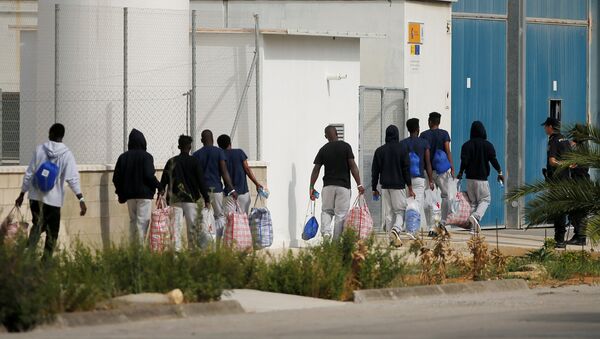 According to Spain's Europa Press news agency, the incident occurred at 7:20 a.m. local time (05:20 GMT) near the breakwater of the town of Benzu, where the 8.2-kilometer (5.09-mile) border fence ends.

Five Civil Guard servicemen received minor injuries, but some of the migrants were more gravely injured.

​The Spanish enclaves of Melilla and Ceuta in northern Africa, which are separated from mainland Spain by the Strait of Gibraltar, are popular transit points for sub-Saharan African migrants aiming to get asylum in the European Union.