Toyota Prius Goes Flying After Getting Rammed by Cargo Train 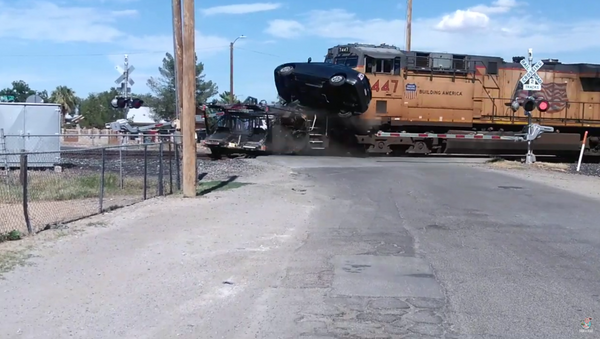 For one Toyota Prius, Monday truly was not a good day, as the car was sent flying into the El Paso, Texas, sky upon getting rammed by a Union Pacific train.

Bystander Amand Duron managed to capture the jaw-dropping collision after realizing that the Prius, which was located on a car transport trailer that failed to fully cross a set of train tracks, was on the cusp of getting seriously damaged.

“Seeing that the train was approaching at high speed and the two men who were in charge looked very relaxed, I felt very scared [about the situation]. Maybe they thought [the train] would stop in time,” Duron told Viral Hog in a statement.

“The train stopped as soon as it could, and immediately people from the railway company [came] down to see the damage and ask if anyone was hurt."

It’s unclear if any individuals involved in the incident received any injuries as a result of the collision.