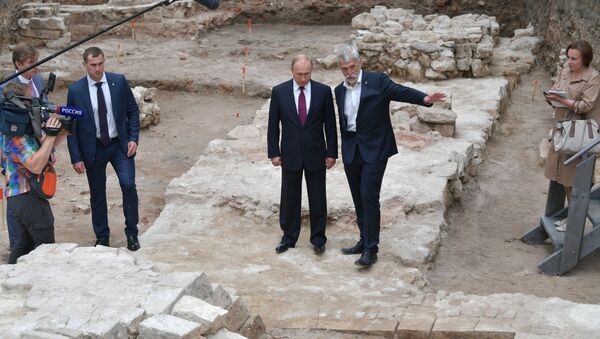 A bomb dating from the second world war was found in the Kremlin and later made safe before being taken away for disposal, according to the commandant of the Kremlin, Lieutenant General Sergei Khlebnikov.

"Today, during the repair and construction work, an aerial bomb was found - apparently, from the time of the Great Patriotic War. All necessary measures related to ensuring security in the territory of the Moscow Kremlin were carried out," Khlebnikov told reporters.

He said that the bomb did not explode and was hidden by a large layer of soil.

“Everything is calm, the item has been removed, evacuated from the territory of the Moscow Kremlin and will be liquidated,” Khlebnikov added.

According to the commandant, the bomb was found during repair work in the Tainitsky Garden, close to the Moscow River.  Previously, the area was a cellar for storing provisions.

The Second World War (known as the Great Patriotic War in Russia) was the largest armed confrontation in history. Russian involvement in the conflict began at dawn on on 22 June 1941, when Nazi Germany, violating the Soviet-German non-aggression pact of 1939, attacked the USSR. Soviet casualties in the war are estimated to have exceeded 27 million.