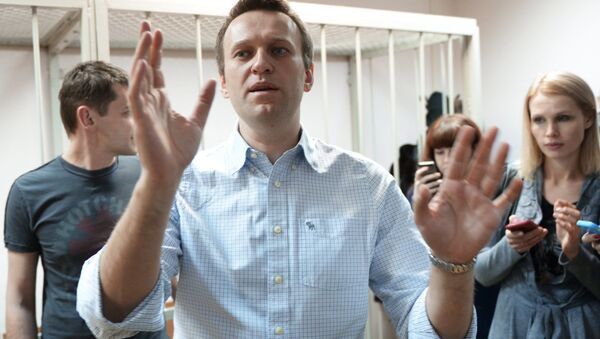 MOSCOW (Sputnik) - A Moscow court sanctioned on Wednesday the arrest of Russian opposition figure Alexey Navalny for 30 days over calling for an unauthorized protest.

Judge Valentin Kuleshov said the 43-year-old had repeatedly violated the administrative code by calling the rally to protest the exclusion of several opposition supporters from the Moscow city council race.

"30 days of jail time. Here’s what I have to say: take to the streets on Saturday … As long as we have no freedom of expression we all are under arrest," he tweeted after the verdict was announced.

A Sputnik correspondent who attended the hearing said Navalny came to court with a mattress, bedclothes and books after failing to convince the judge to put off the sentencing beyond July 29 to allow him to go to a Rammstein rock concert.