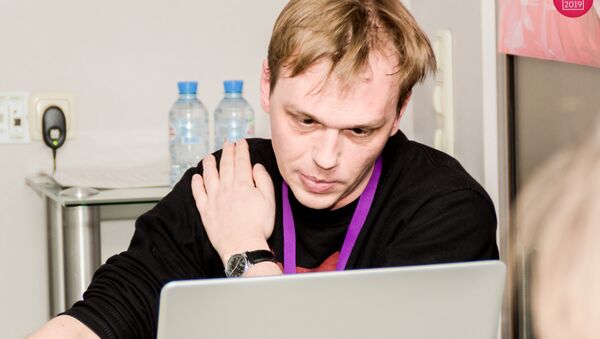 "At this point, we can say that the DNA of several people is present on the packages. It's worth mentioning that these are DNA samples, which were taken directly from the packages with drugs," Yuri Titov, a spokesman for the Moscow branch of the Interior Ministry, said.

According to Titov, the DNA analysis is currently underway, and it will be completed on Tuesday afternoon.

Later, Golunov's lawyer Sergey Badamshin said that fingerprints of Ivan Golunov were not found on any of the items that were seized during the search of his apartment as part of the investigation into the drugs offence case.

"None of the items seized during a search of Golunov’s apartment was found to have had his fingerprints," Badamshin said.

Russian Reporter Golunov's Defence to Appeal to European Court of Human Rights
Police detained investigative journalist Golunov on Thursday after finding in his possession five packages of a powdery substance, which then turned out to be mephedrone, a synthetic stimulant. Later, cocaine was found in Golunov’s apartment in Moscow. The reporter was put under house arrest by a court on Saturday, despite him maintaining that the drugs were planted.

The story has drawn massive attention both from the authorities and journalistic community. Three leading Russian newspapers have even issued a joint statement voicing their concern that Golunov’s case might be linked to his investigative journalistic work, which is famous for its focus on corruption in the country.

Earlier in the day, Russian presidential spokesman Dmitry Peskov said the Kremlin believed it was too early to make any sweeping conclusions about the distrust of the society and media in the police and courts relying on the case of Golunov. He stressed that the Kremlin was closely monitoring the situation.