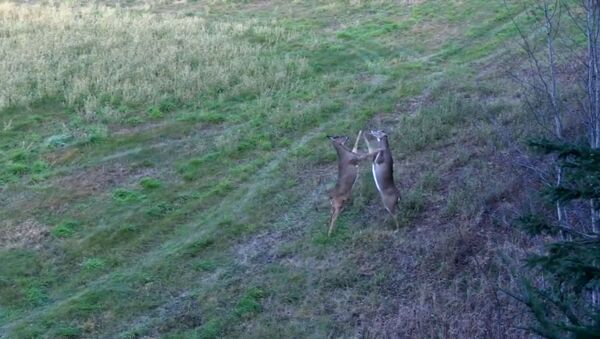 Have you ever seen deer fight? Someone took a video of two whitetail deer fighting furiously in a field, in hilarious fashion.

In the 21-second video uploaded to YouTube, a pair of deer can be seen standing on their hind legs and striking one another.

Eventually, around 15 seconds into the video, one of them decides to give up and rushes away, fleeing after seemingly taking a blow or two to the head.

The clip was posted on 1 May and users of the platform joked about the fight in the comments.
"Update: They both died from internal bleeding," one user commented, while another quipped "oh deer, they both need a time out."