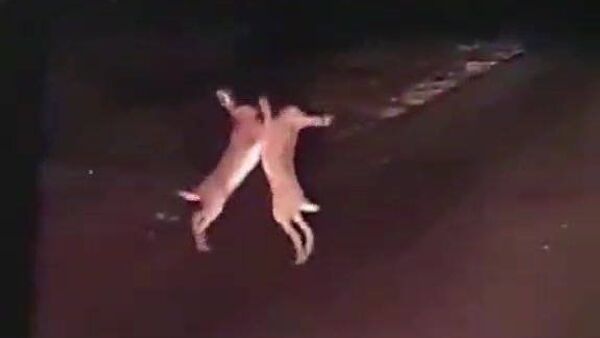 It’s Easter season and many kids are waiting for the Easter Bunny to come, but these two rabbits seem to have something more important to do, namely picking a fight with each other.

The daily routine of paramedics from the Hungarian city of Nagyatád was spiced up this week thanks to an unusual spectacle they encountered on the road. The National Ambulance Service has posted a Facebook video depicting two rabbits having it out right in the middle of a highway.

The fierce little creatures battered each other with their front paws while jumping in circles as if in some sort of an eerie dance. The ambulance crew had to stop their vehicle to let the two angry bunnies finish their brawl. What led the two creatures to engage in fisticuffs remains unknown.