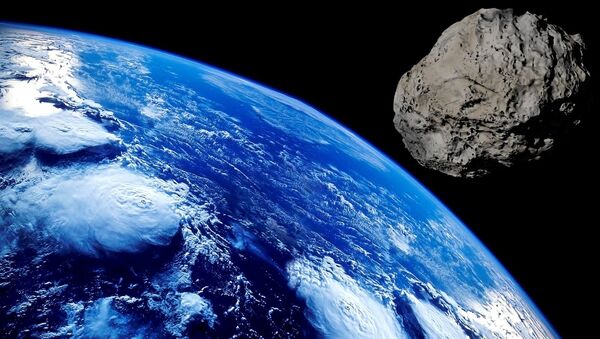 CC0 / /
Subscribe
International
India
Africa
Some scientists are anxious about the prospect of an asteroid hitting the Earth, and are preparing for a 'worst case' scenario.

A documentary — Asteroid Trackers, produced by Amazon Prime — has revealed how scientists in Glasgow, Scotland cleaned the local riverbeds to find remains of an asteroid that collided with Earth hundreds of years ago, in a bid to "save the Earth."

Apophis 99942, a potentially planet-threatening, two-mile-wide near-Earth-orbit asteroid, was tipped by NASA in 2004 to have a 2.7 percent chance of colliding with Earth in 2029. However, the space agency repudiated that in 2013, calculating there to be a mere 150,000/1 probability of an impact in 2068.

"We are talking about saving life on Earth. Apophis is, at the moment, something we have to seriously take into account," Professor Massimiliano Vasile of the University of Strathclyde said in 2009.

While the group were unable to find an actual asteroid, they carried out tests on a piece of rock to see what would happen.

"We asked if we could try to beam the same power density that we would use on an asteroid on a standard rock. A lot of debris ejected from the rock, followed by a lot of gas. We expected it to be more violent and it would be more gas leaving. We did not expect the laser to break the rock," Vasile added.

The result of the experiment supports a theory proffered by American geophysicist Jay Melosh, who suggested if asteroid entered a collision course with Earth, it could be displaced by a beam of light.

"As we hit the asteroid, we begin to vaporise material and, as it vaporises, the asteroid gets pushed the other way. What we would do with a real asteroid is focus some light on it until the rock vaporises. All we need to do is change the velocity of the asteroid by one centimetre a second. That tiny nudge over the year will push it off a collision course and save Earth," he postulated.