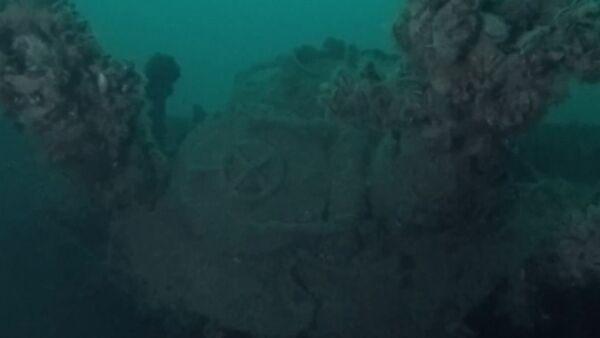 © Photo : Screenshot
Subscribe
International
India
Africa
CNN Turk has published a teaser for a documentary about the search for three submarines of the 30th Kriegsmarine U-boat flotilla, which were sunk in September 1944 off the coast of Turkey.

During the filming, which was made possible with the use of a bathyscaphe, cameras were able to detect and capture images of the U-23 submarine, which rests at a depth of 50 metres, two kilometres off the coast, near the city of Agva. Another two U-boats, U-19 and U-20, are located elsewhere, at a depth of 300 and 25 metres respectively.

The location of the submarines was discovered with the help of archival documents in 2008, but at the time, marine engineer Selçuk Kolay, who researches the topic, did not have the opportunity to capture the submerged vessels on video.

German U-23 submarine, one of the six warships from Adolf Hitler's "lost fleet" in WWII, found in the Black Sea off the coast of Istanbul’s Şile https://t.co/ybpkSwEUlR pic.twitter.com/C2lhp6PLct