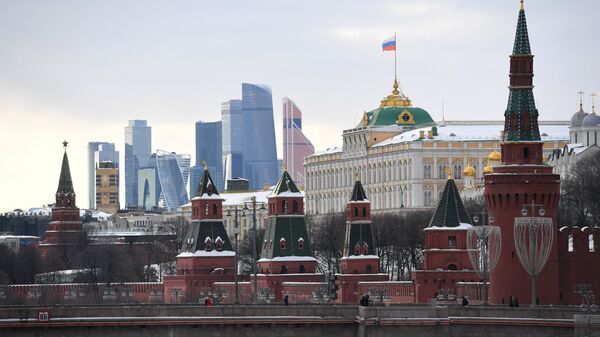 MOSCOW (Sputnik) - The Kremlin does not comment on media reports on Russia's alleged suggestion to the United States and Israel to remove certain sanctions against Iran, Russian presidential spokesman Dmitry Peskov told Sputnik late on Tuesday.

Earlier on Tuesday, US media outlet Axios reported, citing the Israeli parliament, that Israeli Prime Minister Benjamin Netanyahu had said at a closed meeting on Monday that Russia had recently suggested to the United States and Israel to remove certain sanctions against Iran in exchange for Iranian troops withdrawal from Syria.

All Foreign Troops Except Russian Military Must Leave Syria - US Envoy
"No comments. We do not comment on the content of closed meetings with heads of other states," Peskov said, when asked whether Russia had really voiced such suggestions, and whether Russian President Vladimir Putin had discussed this with Netanyahu and US President Donald Trump during their recent meetings.

Iran, along with Russia and Turkey, is a guarantor of the ceasefire in Syria. In October, Putin said that he did not think that Russia was responsible for persuading Iran to leave Syria, while Russian Deputy Foreign Minister Sergey Vershinin praised Iranian military for actively engaging in terrorism fight in Syria.

Trump announced in May that he was pulling the country from the Iranian nuclear deal. The US withdrawal resulted in two rounds of anti-Iran sanctions, with the large-scale restrictions covering oil exports being slapped on the country in early November.