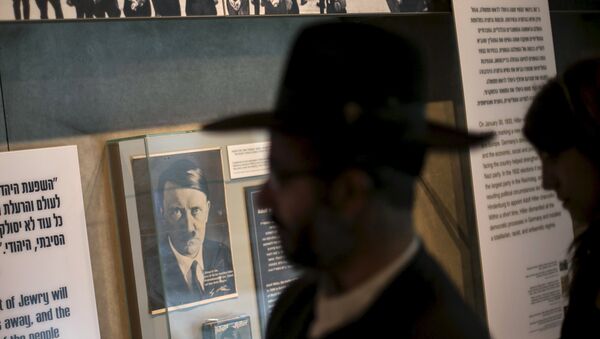 Despite drawing the public’s ire with its Nazi symbols displayed inside, it is known as “the Communist room” for featuring an emblem often associated with the Soviet Union.

The Villa Love Hotel near Bangkok has recently became the focus of public scorn after the media learned about one of its most popular attractions – a Nazi-themed room.

​The price for the room starts at about $12.6 for two persons for three hours, and according to a receptionist at the hotel interviewed by the newspaper, "The Communism room is popular."

Thai sex hotel boasts of Nazi-themed room: Jewish leaders express outrage over the 'Communist Room,' which is replete with Nazi regalia: 'It shows a complete lack of knowledge about Hitler and the harm he caused' https://t.co/xNKvzIuMVz Haaretz pic.twitter.com/l5QnmJgK9p

​"This is truly awful. It’s horrendous, absolutely disgusting. It shows a complete lack of knowledge and education about Hitler, the harm he caused and the horrifying crimes that he committed in World War II," Efraim Zuroff of the Simon Wiesenthal Center said.

He also added that "the Thai government needs to be a lot more active in preventing this kind of thing", while Abraham Cooper, a Rabbi from California, simply described the room as "beyond the pale."