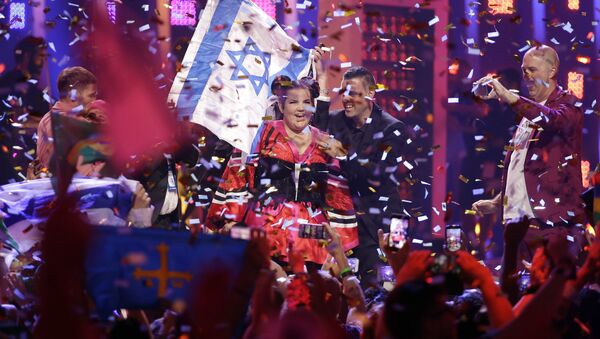 Earlier in September, Tel Aviv was confirmed as the host city of the 64th Eurovision contest, which is slated to take place in 2019.

Ireland's national broadcaster, RTÉ, will not sanction employees for refusing to attend the 2019 Eurovision Song Contest in the Israeli city of Tel Aviv, Irish news portal The Journal reported.

According to the outlet, Director General of RTÉ Dee Forbes met with members of the Ireland-Palestine Solidarity Campaign, who presented a petition with over 11,000 signatures, urging to boycott the event "due to Israel’s oppression of the Palestinian people."

READ MORE: Israel Should Not Host Eurovision If it Cannot Be Held in Jerusalem — Minister

Representatives from RTÉ promised to "think about it," adding that nobody would be sanctioned for refusing to travel to Israel.

"[RTE] will not just be covering [the Eurovision] as an entertainment event and, bearing in mind everything that has been discussed, will be covering it more widely," the statement released after the meeting said.

Israel has previously hosted the Eurovision in 1979 and 1999, with RTÉ covering the contest on both those occasions.