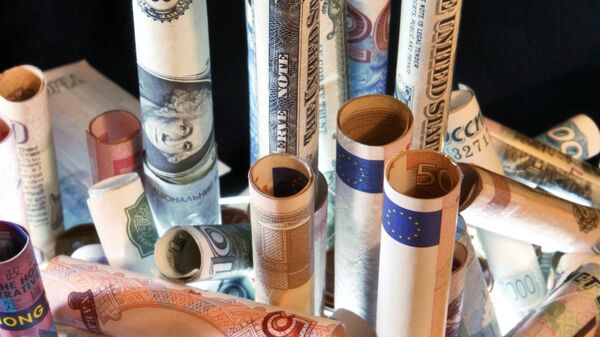 © Sputnik / Mihail Kutusov
/
Go to the mediabank
Subscribe
International
India
Africa
ST PETERSBURG (Sputnik) - The Bank of Russia not going to resume purchasing foreign currency on behalf of the Russian Finance Ministry even if the there is a decrease in volatility in the foreign exchange market, First Deputy Governor Ksenia Yudaeva said on Thursday.

Earlier in the day, Russian Finance Minister Anton Siluanov said that the Bank of Russia may resume buying foreign currency on behalf of the ministry this year if the ruble continues to grow.

In 2019 the central bank may resume purchasing foreign currency, but the final decision will depend on the situation on the markets, the official underlined. As the Bank of Russia has raised the forecast for inflation to 5-5.5 percent in 2019 from an initial 4.3 percent, and the deputy governor noted that it is the best forecast that can be made based on the current situation.

"This time, we paid a lot of attention to the preparation of the forecast, looked at various factors. This is what our models and calculations give, taking into account those trends that we have observed recently and taking into account our expectations for incoming parameters. The forecast is always under revision, there are always some uncertainties in the forecast. But based on the situation that we are observing now, based on the assumptions that we are building on various parameters for the next year, this is the best forecast that we can make now," Yudaeva said.

On September 14, the Bank of Russia said that it would suspend purchases of foreign currency on behalf of the Russian Finance Ministry until the end of December.

The decision comes in the wake of tensions around de-dollarization issue, which was connected with the peak of Russia's currency crisis at the end of 2014 and in early 2015, when the Russian ruble collapsed. The nation faced a sharp outflow of capital as international sanctions were imposed after the country reunited with Crimea.

The debate about the necessity to reduce Russia's dependence on US payment systems intensified after US President Trump introduced a new volley of anti-Russian sanctions in August 2017. This gave new momentum to Russian de-dollarization, as Russian banks continued to reduce the volume of dollar-denominated transactions with foreign creditors, while the non-financial sector continued to replace foreign currency obligations with those denominated in rubles.