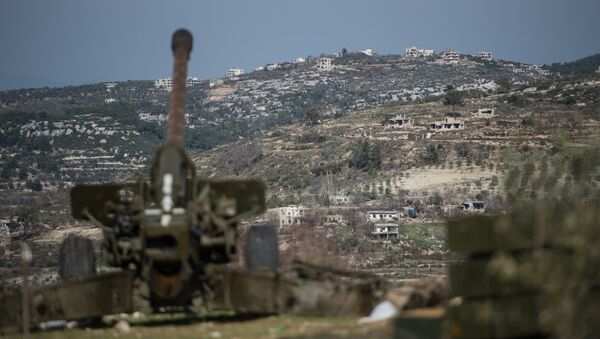 Russian President Vladimir Putin and his Turkish counterpart Recep Tayyip Erdogan have met in Sochi, where they discussed the situation in Syria's Idlib province, one of the remaining pockets of insurgency in the Arab Republic.

Following the talks between Putin and Erdogan, Russian Minister of Defense Sergey Shoigu announced that Russia would not conduct a military operation in Idlib.

"In the next few hours we will coordinate all the issues set forth in this document with them [Damascus authorities]," Shoigu told reporters showing the memorandum on Idlib settlement signed by him and his Turkish counterpart, Hulusi Akar.

The meeting comes a little over a week after the Russia-Turkey-Iran summit in Tehran, where the ceasefire guarantor states focused on the question of the Idlib de-escalation zone and ways to minimize risks for the civilian population related to the counterterrorism struggle.

Earlier in the day, Vladimir Putin stated that Moscow and Ankara would establish a demilitarized zone along the contact line between the armed opposition and Syrian troops, which would be controlled by Turkey and Russian military police.

The Russian president added that the Syrian leadership would soon hold consultations on a settlement in the region.

Erdogan, in turn, stressed that everything possible would be done in order to get rid of radical groups in Idlib.

"During the talks with Mr. Putin, we agreed that it is necessary to solve the Idlib issue. Territories that are under control of the Syrian opposition must be demilitarized. The opposition that controls these territories will remain there, but at the same time, together with Russia, we will take every effort to eliminate all radical groups from these territories. We will make every effort to do this," Erdogan said.

Idlib Terrorists May Be Moved to One Area to Cut Civilian Losses – Opposition
Under the ceasefire agreement between Syrian government forces and the armed opposition, military activity in the Idlib de-escalation zone is prohibited. However, militant groups continue their attacks against the Syrian government forces, with a rise in the number of ceasefire violations and signs of militant preparations for staged chemical weapons attacks registered by the Russian Center for Syrian Reconciliation.

Restoration of Transit in Syria

Vladimir Putin also addressed the infrastructural problems, noting that transit along the Aleppo-Latakia and Aleppo-Hama highways in Syria should be restored by the end of the year.

"Mobile patrol groups consisting of Turkish army units and Russian military police units must control the situation in the future demilitarized zone in Idlib, while the transit along the Aleppo-Latakia and Aleppo-Hama highways should be restored no later than by the end of 2018," he said after the talks with Erdogan.