An Introduction of Sorts – The Tommy Sheridan Column 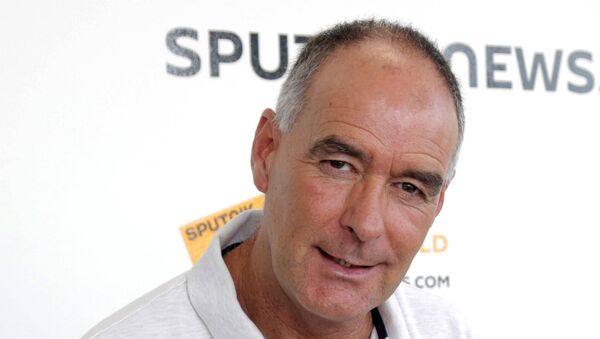 Tommy Sheridan
All materials
My country is where I was born and raised and though I personally own no part of it I am patriotic enough to realize it's potential as a nation of peace, equality and social progress are stunted by an unfair and archaic Treaty of Union.

Let me introduce myself to this platform. I am Tommy Sheridan and I am 54 years of age. I am blessed with a beautiful wife and gorgeous daughter aged 13. I was born in Glasgow in 1964 and live in the Southside of that wonderful city. It is not the capital of Scotland but it is the most populated and I would argue is the heart of Scotland. My country is where I was born and raised and though I personally own no part of it I am patriotic enough to realize it's potential as a nation of peace, equality and social progress is stunted by an unfair and archaic Treaty of Union drawn up and agreed to in 1707 by unrepresentative men of land and property behind the backs of the people and without their express consent in any form.

That 1707 Treaty of Union usurped Scotland's independence and tied us to the coat-tails of England and later an oxymoron of a description called the 'United Kingdom' which consists of England, Scotland, Wales and Northern Ireland. The Union is archaic, unequal and exploitative. Scotland is prevented from properly utilizing its incredible natural resources of oil, land, gas, sea and, most of all, her people by this Union and I am determined to see it rescinded in full within my lifetime. More of that as the weeks ahead unfold. 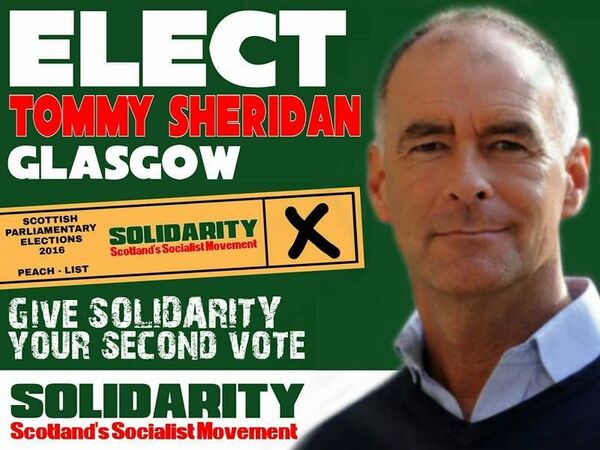 It is often said each individual has at least one book in them, meaning their life story is worthy of committing to print. I reckon that is almost universally true although it does irk me when I see autobiographies on bookshelves and airport stands from supposedly famous 25 and 30-year-olds who, in my estimation, have not lived a long enough life to justify the book. I remember my old Granda Peter, my mum's dad, used to amaze me with his wise statement along the lines of ‘when you are 20 you know everything when you are 40 you know quite a lot but when you are 60 you realize you know very little indeed'. For years I thought he was a havering old man. But the older I got I learned to understand his message and the inert wisdom it contained. I then read a very similar gem of advice offered up by the wonderful writer and wordsmith Mark Twain;

"When I was a boy of 14, my father was so ignorant I could hardly stand to have the old man around. But when I got to be 21, I was astonished at how much the old man had learned in seven years". Mark Twain (2012). "Mark Twain at Your Fingertips: A Book of Quotations", p.121, Courier Corporation.

My Granda passed away before I got the opportunity to ask him if his wise words were perhaps inspired by those of Mark Twain. No matter the point is we all live lives that are full of interesting experiences and rich encounters that could fill a book. I am no different.

My home was a humble one in the fourth tier of a four-tier building which we Scots call a 'close'. Basically, flats on top of one and other and in very close proximity meaning neighbor rows over noise in general and loud music, in particular, were constant. There was no central heating, no double-glazing and no gardens. They were very cold and because of the poor design and metal framed windows they were also prone to terrible dampness and condensation. They were flat-roofed structures in a City known as The Dear Green Place because of the rich forests, grass, shrubbery and parks which define Glasgow. The one constant in our lives is rain. We complain about it incessantly but without it we wouldn't be the Dear Green Place. Such a climate means flat-roofed structures are, however, daft. The sunny climates of Spain or Greece? Maybe. But not Glasgow. The architects of what we called housing schemes in the post-2nd world war period deserved to be captured and made to live in these damp ridden tenements. No wonder the incidence of asthma and other respiratory illnesses were so common in the 1960's and 70's.

So my background is that of a Glasgow housing scheme. Mine was called Pollok. Others were called Easterhouse, Castlemilk, Springburn, Possilpark and Drumchapel. They were each meant to be an oasis compared to the older parts of Glasgow like Govan, Anderston and the Gorbals where poverty, ill-health and overcrowding were endemic. Of course, the tough social conditions did not prevent the blossoming of thousands of great men and women who emerged from these places with distinction. Billy Connolly the comedian from Anderston. Alex Ferguson the football manager from Govan. Mary Barbour the political leader from Govan. Individuals who went on to be household names in the worlds of entertainment, football and politics in Scotland and beyond. 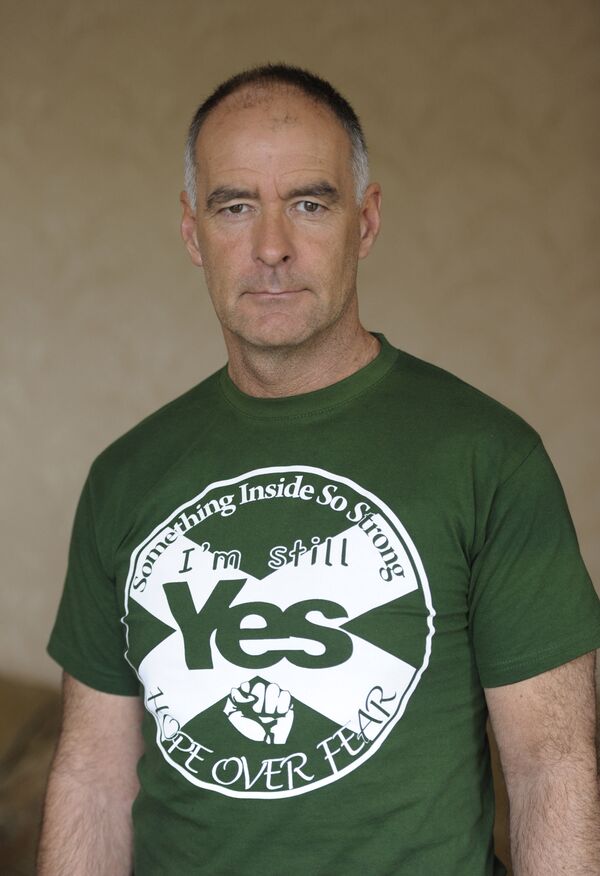 I'm proud of my city and my country. I just wish Billy Connolly and Alex Ferguson had not accepted the British Empire baubles that were bestowed upon them making them knights of a Realm that epitomizes vested privilege and Royalist pomp and servitude. They are offenders in accepting such irrelevant and ridiculous badges of dishonour but they are not the worst offenders. They are the politicians of the left and trade union organizers who spent lives fighting poverty and inequality only to besmirch their names by accepting baubles which so cruelly represent such inequality of power and wealth in their twilight years. There are sadly too many to mention. Perhaps another day!

Though I am of humble stock and my mother and father were unskilled workers we had in abundance the richest resource on the planet. We were smothered with love and care throughout our childhoods, me and my two older sisters. ‘Imagine being so poor that all you have is money' is a truism which deserves to be taught worldwide. Material essentials like food, shelter, education, clothes and safety should be the preserve of every human being on our planet but society is not in a mess because we cannot afford to feed, clothe our house everyone but because we cannot afford to feed the greed of the wealthy and privileged. Teaching the cost of everything but the value of nothing is far too common across the world, particularly the rich west.

I am a socialist who seeks to see the bigger picture in society and strives to tackle injustice and poverty wherever and whenever they arise. I believe in thinking globally but acting locally. My vision is of a united world sharing resources in a positive, productive and cooperative fashion to ensure every human being has a decent standard of life and real opportunities to learn and develop their inherent talents. In the immortal words of John Lennon's socialist anthem ‘Imagine' people like me are belittled as 'dreamers' but as Lennon, himself retorted, ‘we are not the only ones'. 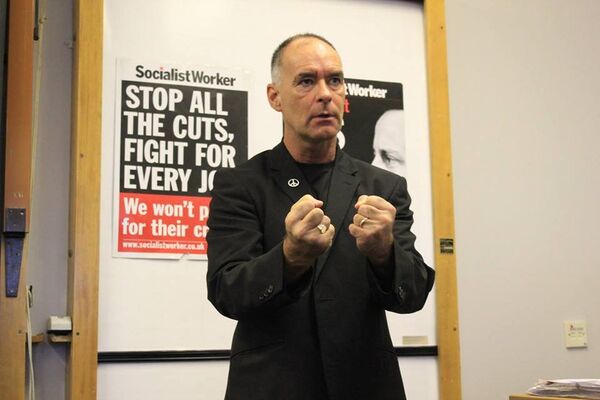 In the course of my life, I have led mass campaigns of civil disobedience, exposed and fought against unacceptable poverty in a society of plenty, physically confronted fascists and racists who seek to spew poison and scapegoat refugees and minorities, been elected to local council office and to the Scottish Parliament as an MSP. I have often fallen foul of the law and been incarcerated for my activities but I believe I have always remained true to my socialist principles and tried to speak truth to power no matter the odds.

In the course of my future articles, I hope to offer an informed opinion, inspire reactions and provoke debate. Whether you agree with me or not I hope to at least engage you and sometimes persuade you. Unlike many other politicians and commentators, my principles are not negotiable. For me integrity is priceless and although many of us may be in the gutter I will always, in the spirit of Oscar Wilde, be looking up for the stars.

The views and opinions expressed by Tommy Sheridan are those of the contributor and do not necessarily reflect those of Sputnik.