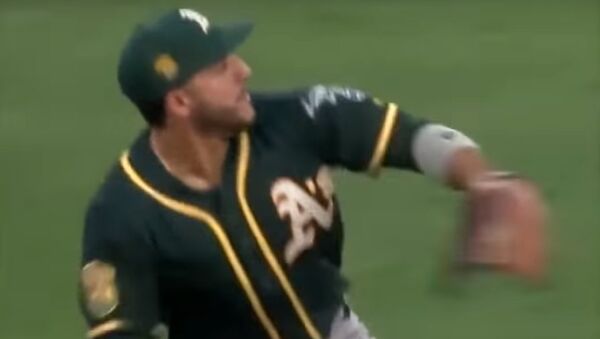 Watch this fantastic throw by center fielder Ramon Laureano from the Oakland Athletics.

On August 3, 2018, the Oakland A's called up Laureano to make his major league debut. In this video you can see his super missile-like 321-foot throw to complete a double play. The game ended in a 7-0 victory for the A's against the Los Angeles Angels.