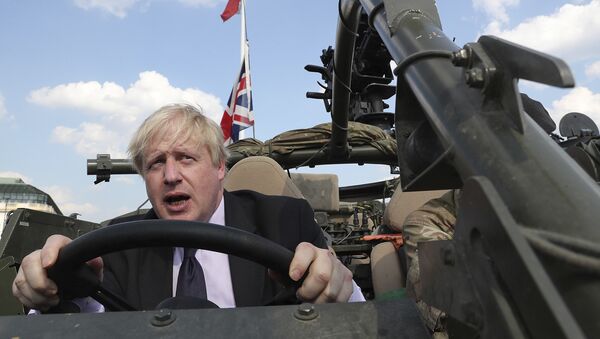 © AP Photo / Czarek Sokolowski
Subscribe
Britain's top diplomatic and military officials went to Warsaw last week to discuss ways to enhance the "strategic foreign, defense and security partnership" between the two nations in light of so-called "Russian aggression." However, Russian observers point out that the "partnership" is directed as much against Berlin as it is against Moscow.

A joint statement released after the talks promised a "stronger and even more strategic" partnership. Polish Foreign Minister Jacek Czaputowicz stressed that Poland and the UK "share similar views on many international issues, especially in relation to security." According to the minister, the two countries also share the "task of strengthening transatlantic links, which are key for the stability of the whole Western world." London vowed increased cooperation with Warsaw on defense and cybersecurity in the face of "growing Russian aggression," the government said in a statement. 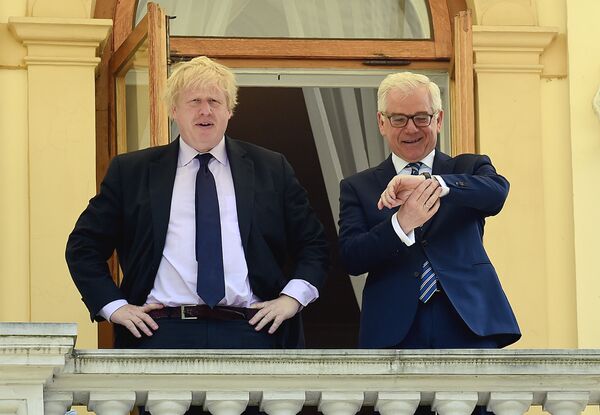 Polish Foreign Minister Jacek Czaputowicz (R) looks at his watch as he stands on a balcony with Britain's Foreign Secretary Boris Johnson in Helenow, near Warsaw on June 21, 2018 at the begining of their talks about strengthening security, defence, and cyber ties between both countries
© AFP 2022 / JANEK SKARZYNSKI

Speaking to Sputnik, political analyst and Poland expert Sergei Stankevich said that Warsaw's efforts to grow cooperation with London and Washington appear aimed more at strengthening its status as a regional power than out of any supposed fear of Russia.

"I do not think that Poles fear any Russian threat, as they sometimes claim. The issue is something else: the country's military capabilities are being gradually built up to give the country clout. For this Warsaw spares no expense," Stankevich explained.

Poland Plans to Buy Anti-Submarine Choppers - Defense Minister
Poland, the analyst added, is expected to commit some $2 billion for a permanent US military base on its territory. "And these funds will come from the country's own budget. The only thing that the Poles want from their partners is that they provide the troops," he said.

But the growing UK-Poland partnership is not just about using the "Russian threat" for their own political ends, observers say. According to Institute of Slavic Studies senior fellow Petr Iskenderov, the anti-Russian "instinctive attraction" between the two countries is also based on their common interests against Germany.

'Spiral of Violent Escalation': Germans Protest US Troop Movement in E. Europe
Warsaw, for example, did not join Berlin and Paris in applying financial pressure against London in the ongoing Brexit negotiations. At the same time, amid a row between Berlin and Brussels on one side and Warsaw on the other over Poland's judicial reforms, Prime Minister Theresa May said recently that Poland's constitution was a national matter, not a European one.

Furthermore, Iskanderov noted, there is the issue of the Nord Stream 2 gas pipeline project between Gazprom and five Western European energy concerns.

"On the one hand, there's Nord Stream 2, to which Warsaw has expressed hostility. On this issue, Warsaw found support from London against Berlin, the latter being objectively interested in the project," he explained.

"On the other hand, there's the NATO line. In recent months, alliance leaders have been sending signals to Russia on the need to improve bilateral relations. Naturally, both Poland and the UK are against such a step. It's likely that both will work to prevent the final communique at the upcoming NATO summit from containing any compromise formulas," Iskanderov predicted.

According to RIA Novosti political observer Igor Gashkov, Warsaw's anti-Russian and anti-German course is typical fare for the ruling Law and Justice Party (PiS) under the leadership of Jaroslaw Kaczynski.

"Poland under the PiS has maintained a record economic growth rate among Eastern European countries, stimulating an influx of Ukrainian guest workers. Having achieved prosperity, Warsaw is striving to become a serious foreign policy force," Gashkov wrote. London, for its part, seems only too happy to support Poland's ambitions, so long as they support their own anti-EU and anti-Russian foreign policy objectives.

The views and opinions expressed in this article are those of the contributors and do not necessarily reflect those of Sputnik.