E-Carceration Tech Driving ‘Public-Private Partnership of Surveillance’ in US 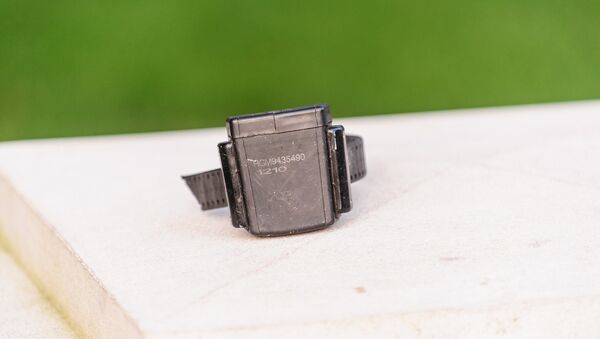 Criminal justice reformers have made a lot of headway in recent years, bringing issues like money bail, prison conditions, racial sentencing disparity and mass incarceration into national focus. But a myriad of issues remain largely unnoticed, including electronic incarceration, or e-carceration.

James Kilgore, former inmate and author of "Understanding Mass Incarceration: A People's Guide to the Key Civil Rights Issue of Our TIme," has been campaigning heavily around the issue of e-carceration and spoke with Radio Sputnik's Loud & Clear about the practice.

"This is one of the big changes in electronic monitoring since right after 9/11. In 2005, 5 percent of the [electronic monitoring] devices had GPS capacity — that is, the capacity to track people's location," Kilgore noted. "Now, it's over 70 percent and steadily increasing. And the technology is also developing. So we still have the classic kind of ankle shackles, but we're also getting wrist shackles, things that are cell phone-based. And I think we can see that this technology is changing rapidly, just as cell phone technology is changing rapidly."

According to the the Electronic Frontier Foundation (EFF), electronic monitoring of parolees comes in a variety of forms, including active GPS tracking, which is done in real-time; passive GPS tracking, which is reviewed the following day; radio frequency, which connects to a home monitoring unit to confirm the monitored person hasn't broken their curfew; Secure Continuous Remote Alcohol Monitoring (SCRAM), which takes samples of a person's sweat once an hour to ensure they aren't drinking alcohol; and random breathalyzer tests to do the same.

But electronic monitoring isn't just being used on people who have been convicted of crimes — it's often also a condition of pretrial release after a person has been let out on bond.

"What happens with GPS is, your every movement is tracked and it's stored on a cloud somewhere, and when you request movement, it's for a specific period of time and in most cases you have to say exactly where you're going. Sometimes if you're going to someone's house, you have to specify who that person is and you have to indicate that you've told them that you're on parole and that you're on this tracking device. But all this is stored, and we don't know what's happens to it," Kilgore told Loud & Clear hosts John Kiriakou and Brian Becker.

Just as the United States leads the world in incarceration, its criminal justice system also maintains some of the world's most draconian policies — a fact that holds true in the case of e-carceration. "In Europe — for example, in Germany — all this tracking information needs to be deleted, by law, after two months. Here we've seen contracts that demand that the data be kept for at least seven years. Now, we can't imagine anything good that's going to happen from this," Kilgore said.

"One of the things we campaign a lot against, in challenging ‘e-carceration,' is the widening of the net. I try to think of myself as a — if I were the CEO of BI, the biggest electronic monitoring company, where would I be looking to market my product?" Kilgore asked. "I'd be looking at groups I think are marginalized, are vulnerable, and who don't have much political power to fight back against being targeted with surveillance."

"We have 4.5 million people [in the US] on parole, probation, all those forms of what they call ‘community supervision,' so that's a big pool and there might only be 100,000 [or] 200,000 of those people on electronic monitors at any given time," Kilgore said.

But advocates worry that that number will increase, and are troubled by the fact that people of color are being placed under electronic scrutiny at higher rates than their white counterparts.

"We have more and more immigrants coming into the country who are being put on electronic monitors. But then there's also people that fall into categories — like histories of mental illness, histories of being involved in the foster care system, history of drug usage and substance abuse — even if they don't have criminal charges, these are suspicious people who much of the population might be comfortable with having, keeping an eye on them through some kind of surveillance," Kilgore said. "And as these devices become smaller, as they become more powerful, and I think inevitably they'll become cheaper, I think it's a no-brainer that the companies are going to try to sell them and we need to fight back against that."

"We have to be mindful that not only is it the surveillance state, but it's, as they like to call themselves, a ‘public-private partnership of surveillance,'" he cautioned.