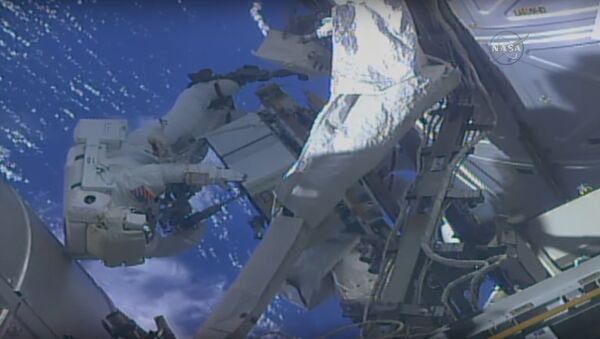 © Photo : YouTube/KING OF TWITCH
Subscribe
It seems that an astronaut, reportedly Andrew Feustel, currently aboard the ISS as part of Expedition 55, has forgotten how to use cameras and SD cards.

"Houston, I gotta ask a question about the GoPro real quick," the astronaut said, "Pushing the button, I see a 'No SD' [alert]…. Do I need that to record? And if it's recording, is there supposed to be a red light on?"

The Houston team was unable to respond immediately to the query, probably, just having a hearty laugh at the situation, yet the ground controller later explained that if the camera shows a "No SD" alert, it means, it has not been recording. The video, which was originally streamed live on May 16 on NASA's official Twitch account, has gone viral across the Internet.