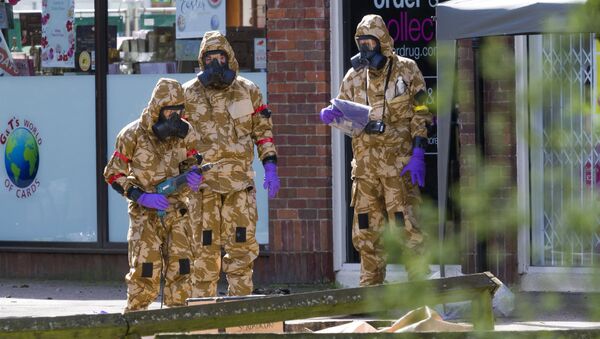 © Sputnik / Alex McNaughton
/
Go to the photo bank
Subscribe
Addressing the European security chiefs in Berlin, MI-5 Director General Andrew Parker stressed the need to "shine a light through the fog of lies," after accusing Russia of what he called "a flagrant breach" of international law.

Bjorn Ditlef Nistad, doctor in Russian history and founder of the independent Russian Information Center in Norway, has shared his views on the subject.

Sputnik: In your view, how justified are these claims made by the MI5 chief?

Bjorn Ditlef Nistad: In my view, this so-called Skripal case is very strange, because British authorities have given us no proof whatsoever of the alleged poisoning of the former agent. Now it’s impossible for mass media and journalists to get into contact with Mr. Skripal and his daughter. This case, in my view, is very strange.

You have a very weak government in Britain today, and they have created this scandal, this Skripal scandal and not only this scandal, but other scandals to take the attention of the public away from the fact that they have a weak government which probably allowed to be able to get Britain out of the European Union. I think this is happening not just in Britain, but in almost all Western countries. You have weak governments, people no longer trust their politicians.

Sputnik: Look at what General was saying: he used this case to paint this very negative portrait of Russia, and they are using it as a means of ensuring cooperation between the EU and Britain following Brexit. This is obviously being used as one of those levers, don’t you think?

Bjorn Ditlef Nistad: Yes, that’s quite obvious, but I doubt that ordinary Britons want this kind of confrontation with Russia.  If you leaf through the users’ comments of newspaper articles and so on online, you’ll see that ordinary people, not all of course, but perhaps 60 percent, say that these scandals are created by Western governments.

What will be the interest of Russia to kill this former intelligence agent? If he was so important that it was necessary to kill him, quite obviously, the Russian government would not have allowed this person to go to Britain.