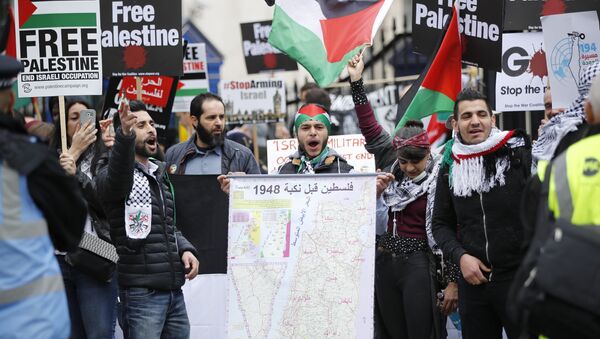 Hundreds of people have rallied in front of Israel's embassy in London to protest the 70th anniversary of the country's establishment, an event Arabs call the "Nakba" or "Catastrophe."

Pro-Palestine protesters were holding banners reading "Stand up For Gaza, Stop the Killing," "Nakba70, We Are Returning" and chanting slogans such as "Freedom Now" and "End Occupation."

Pro-Israel protesters with Israeli flags held a counter-protest near the Israeli embassy, located in South Kensington. The demonstration was held ahead of the 70th anniversary of the "Nakba," the displacement of Palestinians that began with the establishment of Israel.