What You Need to Know About Immortal Regiment March 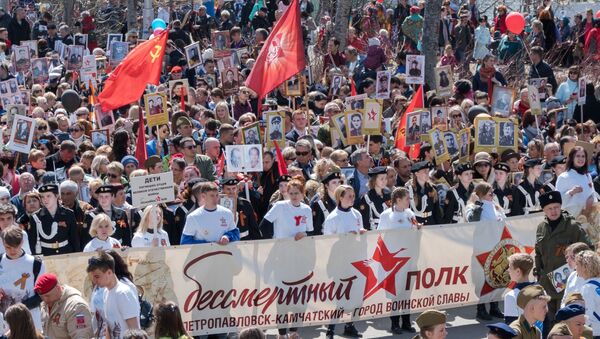 MOSCOW (Sputnik) - Marches to commemorate the participants of World War II who fought against Nazi Germany are held across Russian cities and abroad on Wednesday.

During the marches, people carry photographs of their ancestors who participated in the war.

The Immortal Regiment is a non-commercial and non-political initiative, and the participation in it is voluntary.

The first Immortal Regiment march took place in 2012 in Tomsk at the initiative of local TV journalists. About 6,000 marched along the city’s central street with 2,000 photos of war veterans.

The total number of participants reached over 180,000 in 2013 and grew to half a million on May 9, 2014, as Immortal Regiment marches took place in more cities and villages. The civil initiative became part of the federal program on preparations for the celebration of the 70th anniversary of the victory in WWII. 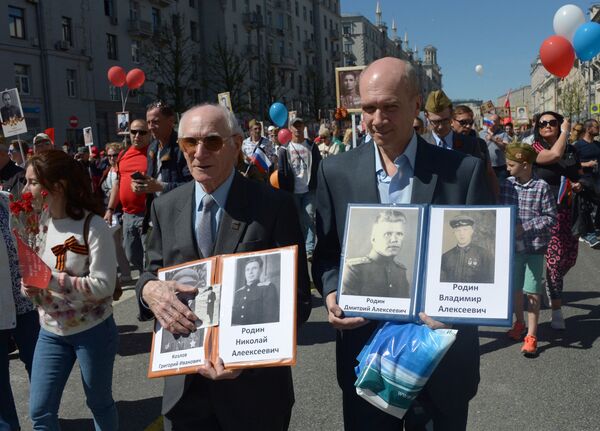 On May 9, 2015, the Immortal Regiment march in Moscow was led by Russian President Vladimir Putin, who carried a portrait of his father, a war veteran. According to official data, over 500,000 people took part in the Immortal Regiment march in Moscow alone. The number of participants across the whole of Russia exceeded 12 million. A number of countries, including Austria, Azerbaijan, Bulgaria, the United Kingdom and Germany, joined the initiative. 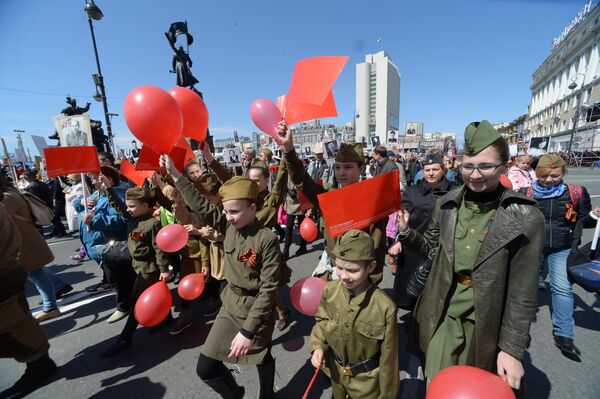 In 2017, the event was in particular held in the United Kingdom, Bosnia and Herzegovina, France, Latvia, the Czech Republic, Greece, Thailand, the United States and several other countries. In Russia, more than 7.8 million people participated in the march, according to the Interior Ministry.

In January 2014, the Ministry of Justice Department for the Tomsk Region registered the inter-regional historical-patriotic Immortal Regiment movement. An Immortal Regiment search center has been working on the movement's website since December 2016.

In 2014, the Immortal Regiment of Russia hotline was launched in Moscow. In 2017, it started working nationwide and received a presidential grant.